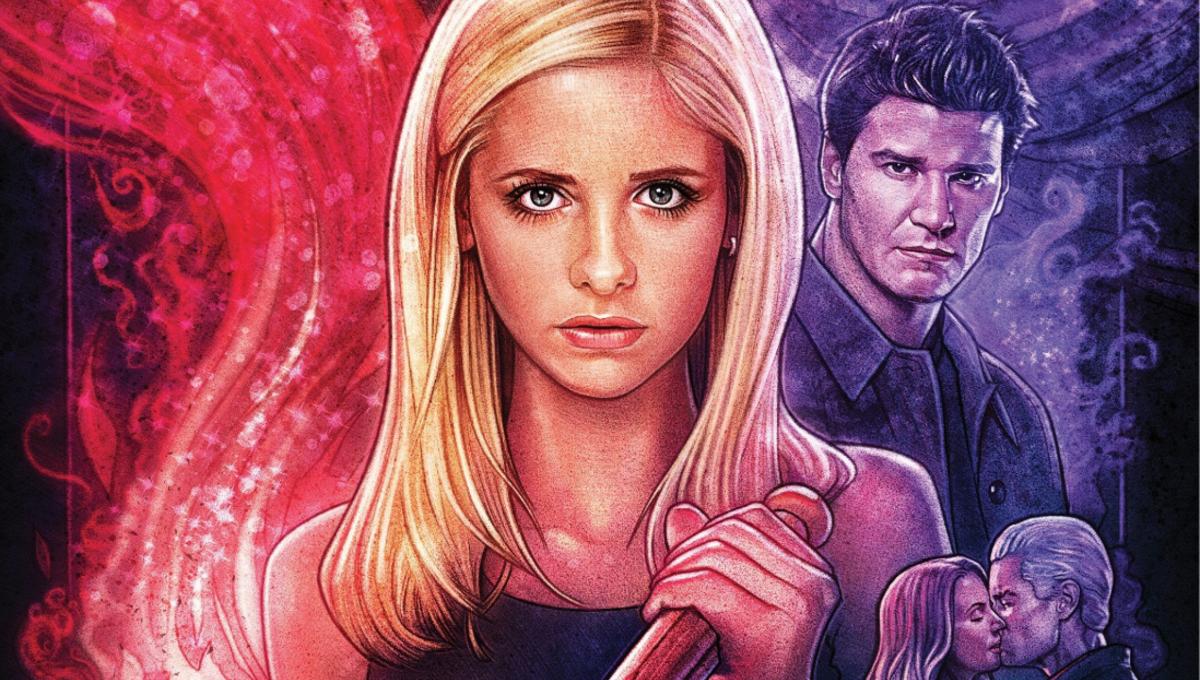 Things are rarely calm in Sunnydale and an ominous cloud is looming on the horizon as Boom! Studios unveils an extended peek at their latest miniseries set in the Buffyverse titled Buffy The Vampire Slayer: Hellmouth #1 — and SYFY WIRE has a special exclusive preview of the premiere paranormal issue.

For the first time, the L.A.-based indie publisher has Buffy and Angel battling the potentially apocalyptic occurrence that’s been hundreds of years in the making — the inevitable opening of the dreaded Hellmouth!

Beware the demonic denizens of the place that, from beneath you, devours!

The thrilling plot finds Buffy and the Scoobies having to learn to trust each other again as they race against time to close the yawning Hellmouth gate before evil things from beyond begin to crawl, fly, and slither into our realm, first in Sunnydale, then the entire world.

To aid in the epic effort, Angel, the charismatic vampire cursed with a soul, pops into town with his own agenda to seek redemption by destroying the flaming path to Hell, with no mortal, monster, or Slayer able to block his way.

“The opening of the Hellmouth is going to upend Sunnydale and everyone in it,” co-writer Lambert reveals to SYFY WIRE. “Bringing Buffy and Angel together like this, for the first time in this story, is such a joy to write because it’s a head-on collision in a desperate attempt to save the world and everything they hold dear. Fangs, claws, and hellspawn are going to be the least of their worries here, and I can’t wait to share this story with everyone.”

“As a huge fan of Buffy, I’ve been dying to get her face-to-face with Angel, and it’s finally happening in HELLMOUTH!,” Bellaire tells SYFY WIRE. “But that’s just the start, and Jeremy, Eleonora, Cris, and I can’t wait for you to see what else we’ve got in store for Buffy, Angel, the Scoobies, and everyone else in Sunnydale!”

The Umbrella Academy: Where You’ve Seen Them Before