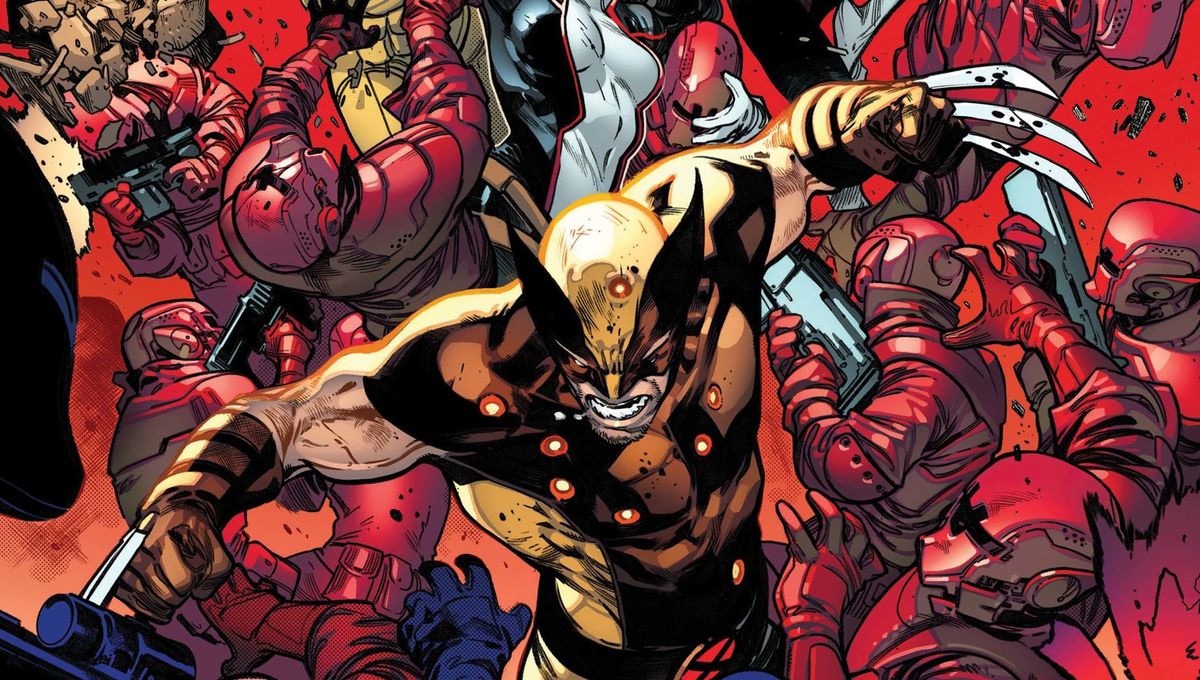 We knew even before Jonathan Hickman’s massive X-Men epic spanning the miniseries House of X and Powers of X began that we should expect high stakes and paradigm-shifting plot developments, and where the X-Men are concerned that almost always means major character deaths. In this week’s House of X #4, Hickman and artist Pepe Larraz up the ante on the darkness of the saga yet again by laying waste to some fan-favorite characters and raising even more questions about the future.

**Spoiler Warning: There are spoilers for House of X #4 below.**

When we last left the X-Men in the House of X timeline (which is set largely in the present of the X-Men, while Powers of X is often set in the future), Cyclops was leading a team to the Orchis station near the Sun to destroy the Mother Mold, which had yet to be activated, and therefore hopefully prevent the rise of Nimrod in the future. We know Nimrod’s bad news because it was previously revealed that the future we’re seeing in Powers of X, a future in which Apocalypse leads the remaining X-Men on a mission against Nimrod, was apparently part of Moira MacTaggert’s ninth life in a series of reincarnations. In her 10th life, which we’re witnessing in House of X, Xavier and Magneto are armed with the knowledge to hopefully prevent this, but House of X #3 dealt the strike team a major setback when Orchis set off explosives at their dock site on the station. That part of the story ended in a fireball, and we were left to wait for this issue to find out what happened. Now we know.

The blast itself destroyed the X-Men’s ship and killed Archangel and Husk. Using a telepathic link established by Xavier (with the help of the Stepford Cuckoos, Storm, Magneto, and Beast) back on Krakoa, the remaining strike team set out on their mission to uncouple the Mother Mold from the four collars holding it in place on the station, which would send it floating into the Sun. Wolverine and Nightcrawler were able to take care of the first two collars, and Cyclops handled the third, while Monet St. Croix sacrificed herself to save Jean Grey and keep the telepathic link open.

The fourth collar was supposed to fall to Mystique, but Orchis leader Dr. Gregor killed her by sucking her out through an airlock and leaving it open so the rest of the team couldn’t get into the room where the collar’s switch was. With only Nightcrawler, Wolverine, and Cyclops left in action, Logan made a desperate call. Nightcrawler teleported him out onto the arm holding the last collar in place. Kurt Wagner was killed instantly in the heat of the sun, while Logan managed to keep his own body intact long enough to cut the last collar and destroy the Mother Mold, riding it into the Sun with his claws out. Back in the station, Sentinel Drones closed in as Cyclops was killed and Jean was left alone.

So that’s five X-Men — Archangel, Husk, Mystique, Cyclops, Nightcrawler, and Wolverine — killed on panel in the issue, while Monet’s death was heavily implied and Jean was left stranded in space with the drones closing in. Perhaps the most affecting panel in the entire issue, though (other than, perhaps, Nightcrawler and Wolverine saying goodbye to each other), comes after those deaths sink in, as Professor Xavier realizes that he’s just lost his family. His orders were for them to do whatever it took to destroy the Mother Mold, and they succeeded by sacrificing themselves in the process. For Xavier, whose entire goal now is to build a future for mutantkind as a sovereign people, enough is enough.

With most superheroes, but particularly with the X-Men, the question is never so much “Who’s dead?” as it is “How do they come back?”, and we don’t expect that to change all that much here. Cyclops, Wolverine, and Nightcrawler have all died in X-Men comics fairly recently, only to be resurrected when their stories called for it, and as we head into a new era for the X-Men following the HoXPoX event, we might find some of these characters aren’t as dead as they seem to be here. The biggest impact this issue could wind up having lies in the implications of Xavier’s “No More” promise, and what effect that has on the future of the new world he’s trying to build.

We’ll find out soon enough. The event continues next week with Powers of X #4, then House of X #5 a week after that.