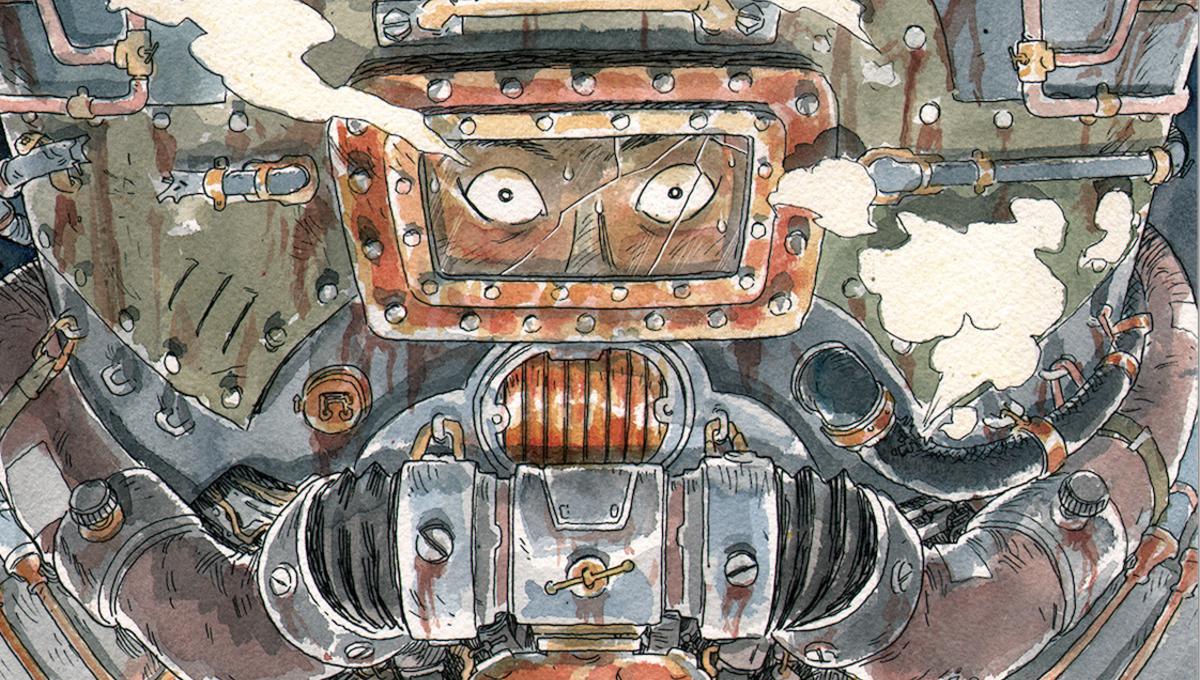 In a freshly launched nexus of creative talent, three of the industry’s cutting-edge artists and writers have banded together to promote a Kickstarter campaign for the The HEK Treasury, a deluxe collection of all new epic, experimental science fiction, fantasy, and genre short stories — and SYFY WIRE has an exclusive look at the making of this tantalizing crowd-funded edition.

The Kickstarter-exclusive version of the book will be hardcover bound in black cloth with a gold-foil custom piece of art. It offers a few unique surprises that will appear only in this edition and will also be signed and numbered by the artists.

“We want to do something big,” they explained in a collective statement. “Something original in both format and story in an oversized sci-fi fantasy European album formatted book. This will allow us to use bigger pages and to play with the panel layouts in new ways that a traditionally sized comic can’t. We are pouring everything we have into these large pages!”

To help enable their vision, HEK Studios (Matt, Brian, and Marie) recently bought a vintage Route 66 garage in St. Louis to house their endeavors, and they’ve been working on converting it into the first full-time independent comic book studio in the city. The ambitious project also hopes to create a shared creative space for visiting writers and artists that will eventually host future boutique comic book creation workshops open to the public.

“When Brian approached me with the idea of doing a studio project, I immediately said yes,” said Kindt. “It was a no-brainer. It was a chance to work with both Brian and Marie, and I liked the idea of the format – a big sci-fi fantasy magazine or European album-formatted book. It allows us to use bigger pages and to play with the panel layouts in new ways that a traditionally-sized comic doesn’t. Also, the expectations of a large prestige style book are greater, so it’s a chance to really blow out the art and do something really special.”

For more content info and specific details on all the pledge reward levels, visit the official Kickstarter page HERE.

One of the first stretch goals just announced is a series of incredible dystopian paper dolls. Take a peek and tell us if you’ll climb on board this worthy campaign and score some sweet bonus materials while supporting their new studio!