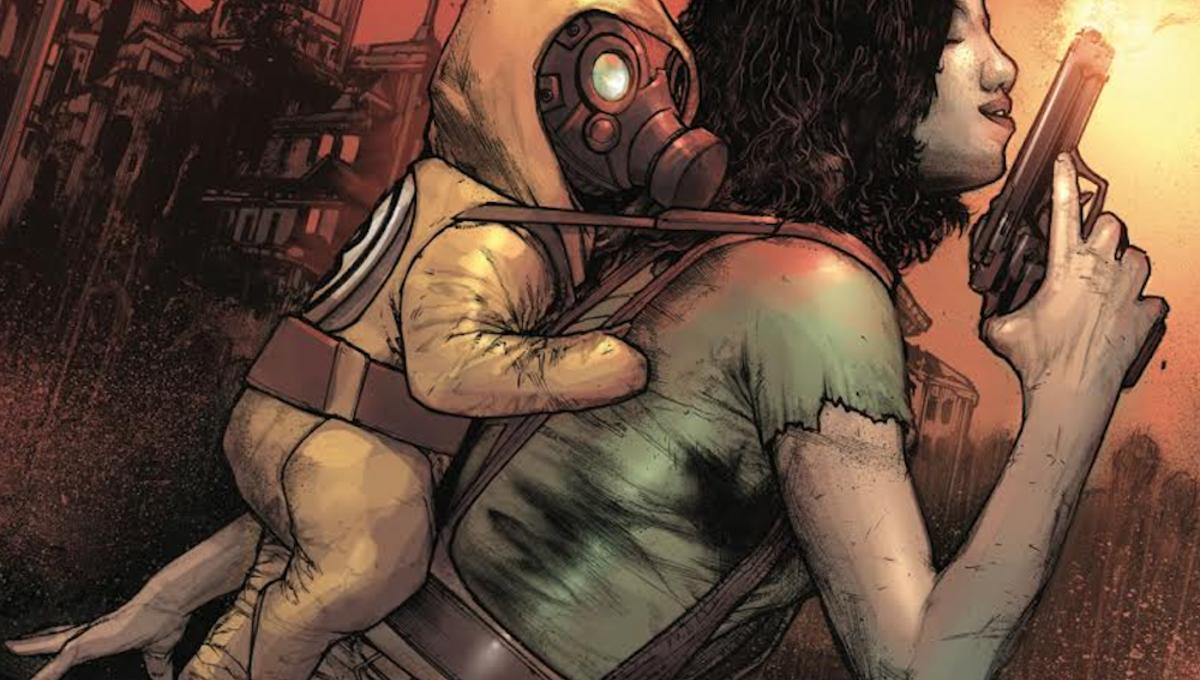 Netflix’s upcoming horror series based on New York Times bestselling author Jonathan Maberry’s V-Wars graphic novels for IDW Publishing might not be biting into your viewing schedule until later this year, but you can still enjoy the prolific horror writer’s latest project,  Pandemica #1.

Joined by artist Alex Sanchez (Katana, Star Wars: The Old Republic) and colorist Jay Fotos (Locke & Key), Maberry’s dystopian sci-fi series kicks off on Sept. 25 and plays off of today’s turbulent political and social climate by presenting an unsettled arena where war is brewing in America.

A shadowy government is primed to launch “purity bombs” to spread the gospel of complete ethnic cleansing. But resistance elements are poised to striked back as a tenacious band of scientists and former SpecOps shooters stand defiantly in their way.

“Jonathan Maberry’s Pandemica is the culmination of all the various and disparate ideas he’s been working through as a writing professional for the past decade,” said IDW Associate Publisher David Hedgecock in a statement. “After the immensely rewarding experience of working with Mr. Maberry on V-Wars, it’s an honor and privilege to help bring his fearsome new vision to an unsuspecting – and soon-to-be-captivated – reading audience.”

Reflecting on our country’s heightened fears and unsettled direction, Maberry embraces the series’ diverse collection of people who discover that a nefarious organization is selling designer pathogens and stand up against the injustice to help save the planet. To add a greater sense of realism to the project, the five-time Bram Stroker Award-winning writer is working with world-class epidemiologists, molecular biologists, and medical scientists.

“The main characters are De’Neesa and Chick, both of whom are former Special Ops shooters now working in the private sector,” Maberry tells SYFY WIRE. “They team up with Moses Katz, head of the Pandemica resistance group. While Katz and his scientists work to create counter-agents to these bioweapons; De’Neesa and Chick are in the field trying to prevent the bad guys from obtaining old bioweapons, some of which date back to the Cold War and even World War II.

“And they go up against Loverboy, their former SpecOps partner, who is now running a team of world-class mercenaries working for ARK. We jump around a bit in time to see how De’Neesa, Chick, and Loverboy evolve into the people they are; and also glimpse a possible future in which things have clearly gone terribly wrong. I think the readers will relate to De’Neesa, Chick, and Moses Katz. ”

“Also, the art by Alex Sanchez is gorgeous,” he adds. “He weaves real magic and clearly gets the characters. Plus, we have my friend, Jay Fotos, on colors. We worked together on V-WARS, and he did colors for Joe Hill’s brilliant Locke & Key. We have a killer team here. There’s a lot of espionage and action, a lot of weird science, and –I think—real heart.”

Strap on your respirator mask and then let us know if you’ll buy into the topical fear when the debut issue drops Sept. 25.

Borderlands 3 Is An Epic Games Store Exclusive, Releases This September

Indie Comics Spotlight: WhytManga and Saturday AM are introducing a new generation of international fans to manga