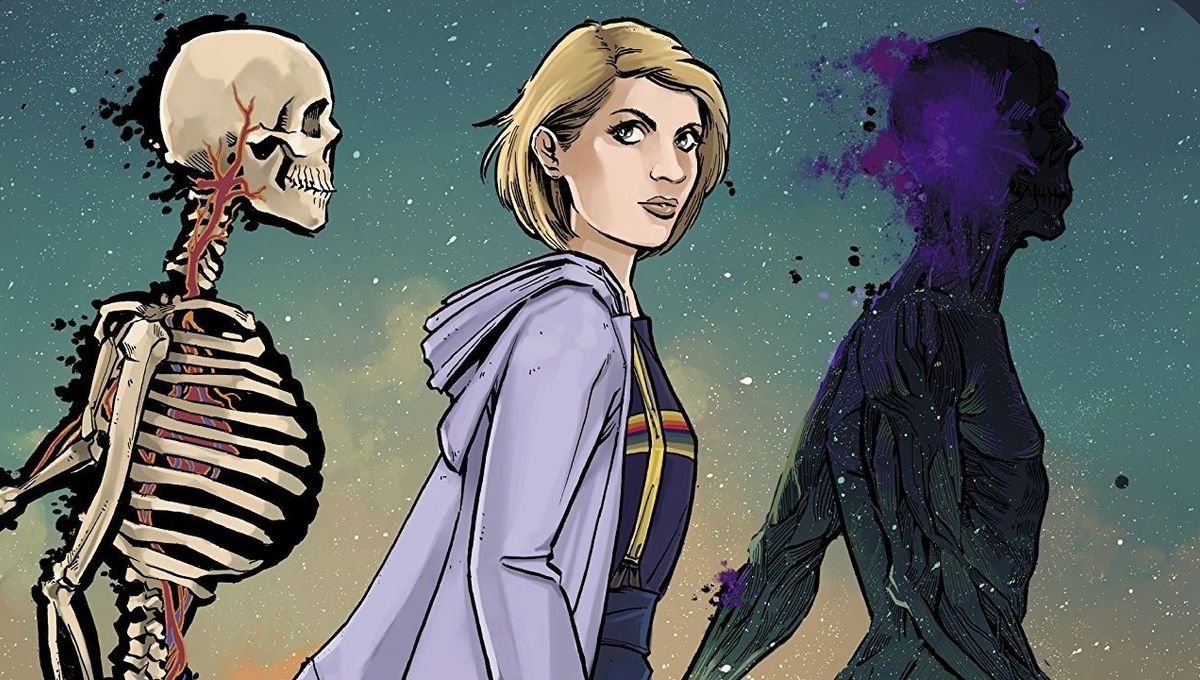 The world of Doctor Who is vast, multi-dimensional, and spans all of time and space and every type of media known to man and Dalek alike. As the adventures of the Doctors and their various companions continue along, they take many forms, including an ever-broadening galaxy of comic books. Most recently, the engaging stories written by Jody Houser have transplated the shenanigans of the 13th Doctor and her “fam” to the page in a whimsical manner that’s full of heart and adventure.

With Titan Comics’ Doctor Who: The Thirteenth Doctor series, Houser gets to expand the Whoniverse beyond what Whovians get to see on screen, much as the Doctor Who audio dramas by Big Finish have done. But with such a rich world and plenty of threads to be explored by the show, how much creative direction do Houser and her team get from the powers that be at the BBC?

“Whenever we have an idea for the next story arc, we write it up and send it to them to make sure it isn’t interfering or isn’t too similar to the show or other media,” Houser tells SYFY WIRE. “I think if you took a list of everything that you’d need to sidestep, it’d just be too much, so it’s more just coming up with cool ideas and seeing if it fits.”

Sometimes ideas might be a hair too similar or related to plans already in the works, but that just requires a minor tweak here and there from the comics team. All the story ideas have come from Houser or Titan’s editorial side; the BBC more or less gives them free creative rein. And when coming up with those ideas, Houser takes multiple things into account: personal preference and research time included.

“The alien worlds often require a little less research,” she says, when asked to choose favorite locations between historical and the extraterrestrial. “You can be a little wibbly-wobbly with the science.”

While she loves reading about history, Houser admits it can exacerbate her procrastination a touch. She does all the research herself, though she tends to opt for historical settings that don’t delve too deeply into the nitty-gritty, but rather act as a backdrop. However, she says that at the heart of it, Doctor Who typically has both. “It’s about making sure there’s places for both of them, although we’ve definitely been leaning a little heavier into the alien,” she explains.

And it’s a particular recurring alien that marked most of the first season in the comics: the Stilean flesh-eaters, who (spoiler) literally became what they ate. After one of them got a nice taste of Time Lady blood, it ended up living long enough to create a popular podcast about the history it saw firsthand, the forgotten stories about people. These are the exact stories the Doctor tries to tell.

As a Doctor who is a bit different from her predecessors, the jubilant 13th Doctor as played by Jodie Whittaker is a particular joy to see on screen, as well as on the page. But how is it writing her?

“I think you always have to keep that enthusiasm in her voice,” Houser says. “As with Doctors before her, she is wont to go on tangents in a delightful manner, so kind of letting your own mind wander in as a human brain is never going to contain as much as in a Gallifreyan brain; you just hope you’re kind of capturing that essence of her and at the same time implying there’s a lot more you don’t see going on under all the running around.” It’s the struggle many of Doctor Who’s writers over the years have had, but one that at least lends itself to the suspension of disbelief that we mere mortals will never truly know what goes on in the head of the Doctor.

The 13th Doctor’s relationship with her fam is also something quite unique to Whittaker’s Doctor. With three companions, all interconnected, it’s a core family that is traveling in the TARDIS instead of the more intimate one-on-one.

“I like having the group there, people having different strengths,” Houser says. “They bring different perspectives, and they all interact with the Doctor in slightly different ways, so it’s fun to see who would have something to say in any particular moment.”

One of the biggest moments of the current ongoing arc is the revelation that the Time Lady responsible for a particularly egregious theft was not, in fact, Missy, but the Corsair. A one-off character only mentioned by Neil Gaiman’s contribution to Who, Houser was particularly interested in telling their story. Before she was the writer for the comics, Houser was on a Doctor Who RPG show on Geek and Sundry on which she played, you guessed it, the Corsair. While she was the Corsair from Pete’s alternate universe, it was still a character that Houser grew very attached to.

“I’m incredibly grateful that the BBC let us bring this character into canon,” she says, noting that it’s the Corsair’s first physical appearance. She continues, laughing: “I mean, we saw an arm. But it wasn’t attached anymore, but it’s not quite the same as meeting a fully fleshed character.” Houser admits that she would love to write Missy again beyond her appearance in Road to Thirteen. She also coyly admits there are other characters she may or may not be bringing in that can’t be revealed, especially based on what BBC does with the show. Stay tuned.

As for other dreams, a crossover with the Doctor and any of Houser’s other work is a no-brainer.

“It would be Faith from Valiant,” she says without even the slightest hesitation. Faith is, after all, a massive Doctor Who fan, so it would be a dream come true. Two very enthusiastic and geeky ladies traveling time and space together? Yes, please.

Speaking of ladies, the entire creative team for the current Doctor Who comics is entirely female, with Enrica Eren Angiolini and Roberta Ingranata currently providing the art. While Houser has worked on all-female teams before, she says it’s just a joy to work with such amazing colorists and artists who are bringing life to the character she is writing.

“Above all, everyone who I’ve worked with on this book has just been so excited to work on it,” Houser says. “That’s just been the best part, for sure.”

And may that enthusiasm continue forever. The 13th Doctor’s adventures are available ongoing from Titan Comics.

Jessica Jones’ Spin on Trish Walker, A.K.A. Hellcat, Is Marvel Storytelling at Its Best