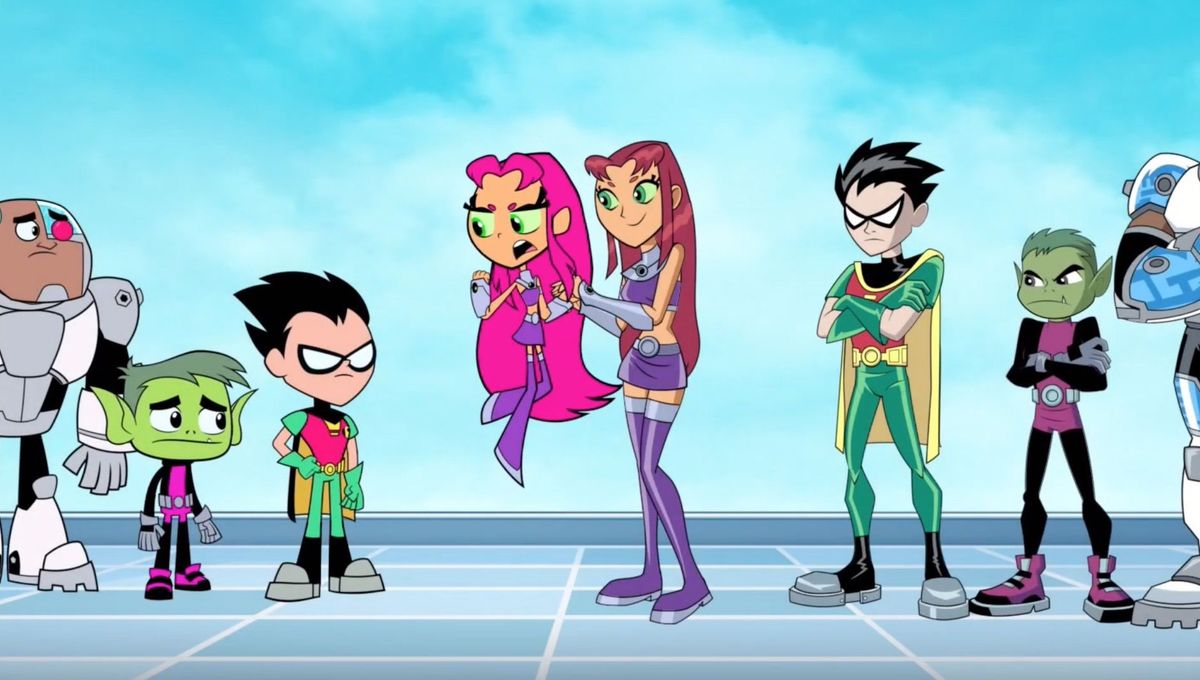 What happens when two different teams of Teen Titans come together? Good question. Fans curious to learn the answer turned out for the world premiere of Teen Titans Go! vs. Teen Titans at San Diego Comic-Con. SYFY WIRE was there to get a first look at the eagerly anticipated team-up.

It was announced the film is set for digital release on August 24, with the DVD and Blu-Ray editions hitting in October.

Those in attendance got a first look at the crossover film, which brings together the squad from the original animated series, as well as the reimagined crew from the current Cartoon Network series. The SDCC crowd ate up the latest wacky DC adventure, cheering for the multiple Robins and Beast Boys along the way. The story found the Go! version of the Titans pulled into a battle against their more serious animated counterparts, which takes plenty of comic-inspired twists along the way.

The crowd at SDCC loved it, and the film featured plenty of deep cut call backs, gags and major surprises for fans of the DC animated universe (and the concept of a very, very weird multiverse). This being a Teen Titans Go! project, there are also plenty of musical numbers, made all the funnier with the OG Titans trying to keep up when the heroes break into song.

Though the story is a rapid fire pace of jokes on top of jokes, writer Marly Halpern-Graser admitted they “probably did storyboard out three times as many jokes as what are actually in the movie,” which is hard to fathom, considering how many easter eggs and callbacks they managed to pack into the runtime. They even managed to pack a “you ruined our childhood!” joke in there for good measure.

Halpern-Graser said Warner Bros. set up the general pitch of bringing these two beloved versions of the teams together, and he said once they figured out the connection between the universes it all fell into place. That connecting thread? DC baddie Trigon.

“They came to us and said they knew they wanted it to be the two teams, knew it wanted to be a versus element,” he explained. “So we were trying to think of which villain existed in both shows but would be different enough to have them play off each other, and you just go from there.”

Halpern-Graser said he literally put giant question marks on his script when he wrote it, as he wasn’t sure which corners of this wild multiverse he’d get to play with once DC and Warner Bros. took a pass at the script: “I just kept expecting every single one to get taken away but they’re all in there,” he said.

The only thing they regret that didn’t make the cut in the final version? The producers say they would’ve loved the surprise, PG-13 adult Titans to drop a curse word (since, you know, they do come from a PG-13 world) — but Warner Bros. animation was having none of it in this particular animated adventure. You’ll have to stick to the adult animated fare for that kind of language.

Theory: Stormbreaker Isn’t To Kill Thanos, It Gives Thor His Powers Back