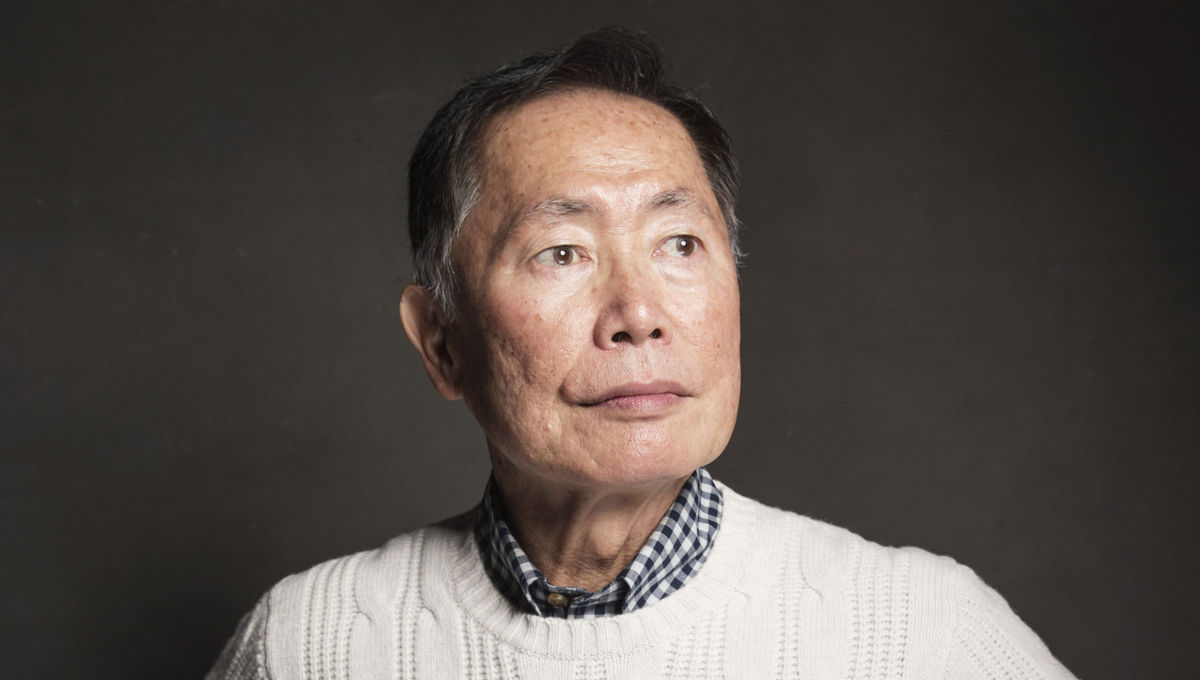 The beloved Star Trek actor, author, and activist George Takei has never been afraid to speak out against injustice. With San Diego Comic-Con 2019 fully underway, Takei opened up about his experiences at one of America’s internment camps during World War II. The 81-year-old-actor was joined on stage by co-authors Justin Eisinger, Steven Scott, and artist Harmony Becker to discuss They Called Us Enemy.

Takei is perhaps best known for his role as Captain Sulu in Star Trek. Since leaving the bridge of the Enterprise, however, Takei has frequently spoken out against injustice and human rights abuses. Takei was only four years old during the time of his internment. IDW editor Justin Eisinger and writer Steven Scott scripted the memoir. Artist Harmony Becker (Himawari Share) provided artwork for the haunting graphic memoir.

The panel began with moderator Leigh Walton (marketing director Top Shelf) introducing the panelists to a packed room. George Takei walked out to a standing ovation from the crowd. A representative from Comic-Con International presented Takei with the Inkpot Award. The Award is given out to individuals for their contributions to the field of comics, science fiction, and fantasy.

Takei says writing a graphic memoir was important because he wanted to create a book geared towards teenager to help educate more people about the Japenese-American Internment. “Graphic novels are a wonderful way to reach young people, if we reach this generation, the leaders of tomorrow, if they grow up with this knowledge and our hope is that we don’t this sort of thing repeated over and over again,” Takei said.

Justin Eisinger and Steven Scott revealed how the graphic novel was born. Scott was able to introduce Eisinger and Taeki thanks to his previous work with Takei on Archie Comics. Artist Harmony Becker’s blended Japenese manga, fine arts, and traditional comic techniques to capture the emotion, terror, joy, and love of Takei’s story. Scott says Becker’s artwork is like manga meets Charles Schultz.

What may surprise some people about the graphic memoir are the moments of levity and silliness. When Takei was asked how his family was able to find joy in such a challenging situation he said, “Resilience is not just teeth-gritting and muscle-flexing, it’s also about having the strength to find joy in harsh circumstances. To find joy and find beauty in ugly situations is to be human.”

Walton asked the panelists to describe what readers should do after they read They Called Us Enemy. Part of what Takei wants people to take away from his memoir is hope but also the responsibility to become active participants in their democracy. Takei credits his father for teaching him that democracy depends on the people to be good.

Speaking previously about his memoir, Takei said, “We live in uncertain times, and if stories such as mine can inspire us to do better and encourage positive change, I want to share it with as many people as possible, no matter who they are, or where they come from.”

The actor is showing no signs of slowing down, the proof? He’s preparing for his upcoming role as Yamato-san in the soon-to-be-released AMC series The Terror: Infamy. Infamy is set one century after the events of the first season and is set during the Internment of Japenese citizens.

Over 120,000 Japanese Americans were imprisoned by the U.S. government during World War II. Ten weeks after the attacks on Pearl Harbor, President Franklin D. Roosevelt ordered the relocation of Japanese Americans to camps far away from their homes on the West Coast.

They Called Us Enemy is published by Top Shelf Productions and is available now!