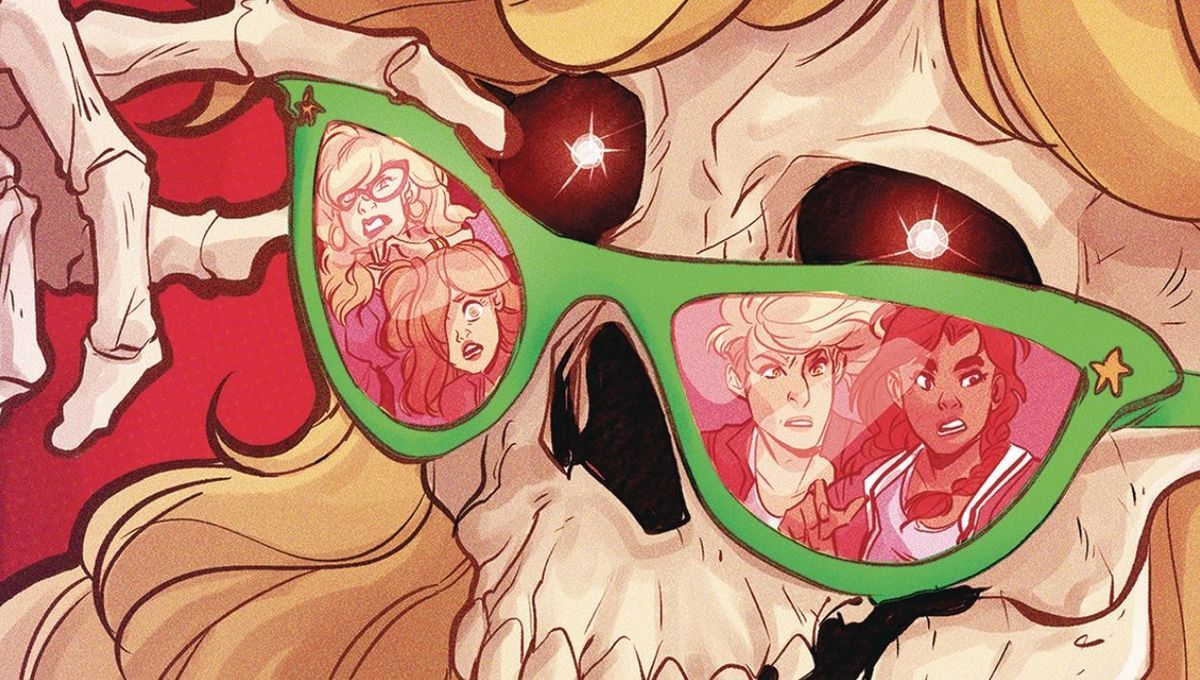 When Magdalene Visaggio was growing up in Richmond, Virginia, some of her favorite memories were of watching X-Men the animated series and anime such as Sailor Moon and the avant-garde FLCL on TV. So it makes sense that as an adult she first made a name for herself writing X-Men’s Dazzler, and that the protagonists in her Eisner Award-nominated Kim & Kim (Black Mask) wield guitars as weapons, just like FLCL‘s protagonist.

Prone to heavy themes with minimal exposition, even Visaggio’s most fantastic stories are character-driven. Eternity Girl (DC/Young Animal), for instance, is about a depressed and lonely shapeshifter who’s unstable superpowers are literally making her disappear. There’s also Vagrant Queen (Vault), an epic space opera about a child queen who grows up in forced exile and couldn’t care less about the throne or her privilege. (In fact, Vagrant Queen was so well-received, SYFY is adapting it into a series that’s due out next year).

It’s an understatement to say Visaggio is in demand; Strange Lands (H1), Morning America (Oni Press), and Marilyn Manor (Black Crown) are all on comic book store shelves right now, with Doctor Mirage (Valiant) dropping soon. SYFY WIRE caught up with Visaggio right before San Diego Comic-Con to talk about what it’s like having her work adapted for the small screen, why Marilyn Manor is the weirdest story she’s ever written, and why Superman is the Holy Grail of characters.

Who has been your favorite character to work create?

My favorites are Nat and Sumash from Quantum Teens Are Go (Black Mask). I love those kids so much. We’re going to be doing a second volume and it was essential to me to do an epilogue. It was just really important for me to know that they were going to be okay.

Why did those characters make such an impact on you?

You interact with your characters as you write them. They’re both really hurt, guarded people who were in a situation that doesn’t allow them to really express a lot of emotion during this big crazy adventure. [Around] issue 3, something clicked with me for them and I basically realized that I was spending the previous two issues just trying to get them to let their guard down. Once I realized that, it was as if they let me in and I was able to connect with them more and make the book more emotional in terms of their relationship.

Don’t get me wrong, I love Kim and Kim — they’re my babies. But they’re cartoon characters. And that’s deliberate. That’s a very over the top book.

How do you as a creator keep simultaneous projects straight?

I’m not juggling ongoing scripts at the same time as much as I have multiple storylines running.

The way that I make that work is that is I just have everything outlined. So when I start working on a comic, I go over my outline and decide what’s going to happen in five issues. I then go back and reread the previous issue I finished to refamiliarize myself with where everything is emotionally, since I frequently make decisions on the page not reflected in my outlines.

In fact, I tend to veer away from my outlines pretty dramatically, but I still like having that guide.

Do you give your artists those detailed scripts or do you provide them with the outline?

I let the artist do what they want because they are the expert on the visuals.

In Eternity Girl, Sonny Liew veered off of what I asked him to do all the time and it was always the right call. He has such a mastery of the page that would have been really dumb with me to fight him on that. [An example of that] is what he did in the last issue. He created a 36-panel page with individual incarnations of Caroline that were absolutely stunning. It completely abstracted the experience. We saw the convergence of different realities all in one place. He really added something to the story just by making that choice.

What’s been the most rewarding experience for you that you’ve had in comics?

Every convention I do, I get a few people who will come up to me to gush about either Kim & Kim or Eternity Girl and how that helped them cope with something. I’ve had people who’ve said that both or either one of those books had saved their lives. Eternity Girl deals really frankly with depression, dissociation, and suicide. And the point of including a trans character in Kim & Kim was that it just has a trans person who is just living life and being a human being, which is something that I really could have used when I was young.

[It can be disconcerting] when someone comes up to your table and they have all these feelings at you. I’m autistic, so I’m always just like a little thrown by that, no matter how often it happens.

After the shock of it, that must be a rewarding feeling, though.

I’m glad this stuff is connecting with people like that and I always am happy to get to talk to fans whom my work has helped because it means that it’s not pointless. Even if my work is never massively popular.

I know I’m niche. I know I’m a not the most mainstream writer in the world, but if [my work is] connecting with somebody and staying with them and that means that that impact is for life.

With Kim & Kim, the power is in the nuance, which is why it’s so profound.

I never wanted that to be a “Trans Book.” I’m well aware that I have milked the hell out of that in marketing and I’m not going to pretend that I haven’t because it’s a big differentiator — it helps me connect [to] readers. But, the point of the book was never going to be a book about “transness.”

You’re collaborating with Darcy Little Badger on Strangelands for H1. What’s it like working with both a new imprint and a writing partner?

H1 has been an interesting experience. I’ve never had to do this kind of formative work on a collaborative project with multiple teams. Strangelands is one of the very first books that I had to get into the headspace of laying the groundwork in a specific way. Plus, the cast was handed to us. The first arc was definitely about selling, not just the Strangelands story, but also the concept of the H1 universe and demonstrate “Ignition,” the process by which people attain their powers, is being used and exploited by people.

Slowly, we’re making the book ours more. The initial pitch to me was that it was going to be a globetrotting story, but we broke that in the very first draft when the characters start in Colorado. My thought was, “Why shouldn’t we start this in America? A place where Darcy and I can speak to particular experiences I had before expanding the world?”

Darcy is an excellent writer with excellent dramatic instincts. This kind of book isn’t her comfort zone, but once she got the hang of it — which she did extremely quickly — she hit the ground running.

What’s next for you?

I’m also working on Marilyn Manor, [which for me] is kind of like Eternity Girl meets Kim & Kim because it’s got that bright pink attitude, but it’s also a really complex book about our relationship to attention and mortality. It’s definitely on the weird end of things. It might be the strangest book I’ve ever written, frankly. The pitches that I have in the works right now are to me as a writer, about figuring out what’s the middle ground there, what’s the mainstream version of the weird games I want to play?

What was your reaction when you found out that Vagrant Queen was headed to television?

That whole thing has been an absolute bizarre whirlwind. I first heard that there was interest from SYFY in November and suddenly there was a pilot script in my mailbox and it was so good. Jem Gerard, the showrunner, who also wrote about a third of the episodes with Mariko Tamaki and Mika Collins, really nailed Elita’s voice and the vibe.

What’s weird about it is my six 22-page comics are being turned into 15 [or] 10 hour-long episodes. It’s bizarre getting adapted because you have to really let go of your ego and step back and accept that it isn’t yours in the same way anymore.

Now that you have a show, do you feel like you’ve “arrived”?

Don’t get me wrong; I love television. That’s one of my dreams, but comics are what I’ve always done. I’ve been making comics since I was eight years old. I’m not where I want to be as a comic book writer yet, but this show is a nice feather in my cap. It’s not my career goal.

Although it is validating, it’s not the validation I want.

What would be validating for you?

I want to write a Silver Surfer comic or Spider-Girl or Doom Patrol or something.

I want the freedom to do the kind of work with a higher level of general audience visibility in the comics sphere. I’m not there yet and I understand that. I feel immensely lucky, but at the same time, I would love to write a Superman book. That’s the brassiest ring, right? I just really want that opportunity to play with the big toys.