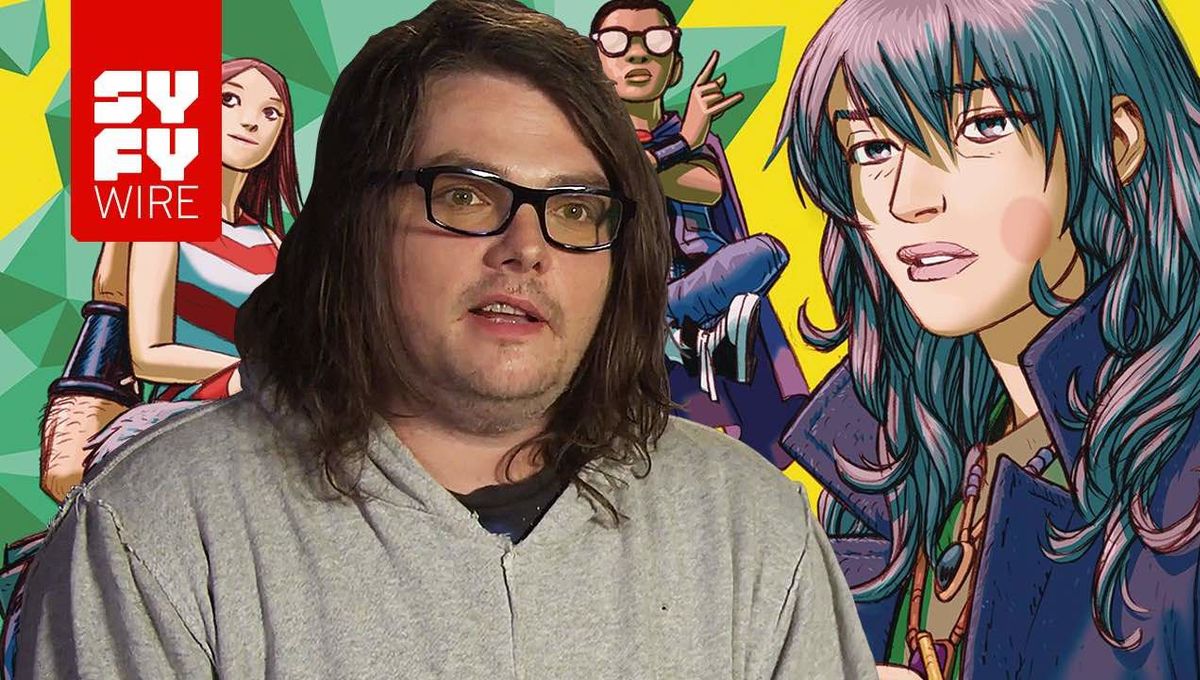 SYFY WIRE recently caught up with the Way brothers ahead of the Young Animal relaunch. Gerard Way is once again writing Doom Patrol, alongside co-writer Jeremy Lambert and artist James Harvey. According to the elder Way, he finally feels comfortable writing these characters.

“I feel pretty loosened up now,” admitted Gerard Way. “I think it took me 12 issues to really fully get it. By the 13th, I think I fully understand this now. It’s a psychedelic trip through this big vast universe that they’re kind of in now. Each issue is kind of like its own special problem or setting or scenario. It’s basically resolved by the time the issue is done. It’s a lot less like the first series, which was this really long kind of epic 11-issue thing. This is more self-contained.”

Mikey Way is co-writing Collapser with Shaun Simon with Ilias Kyriazis attached as the artist. It’s a brand new series and Mikey was happy to tell us a bit about its sci-fi premise.

“It’s [about] a twenty-something kid named Liam James,” said Mikey Way. “He’s kind of stuck between real world responsibilities and his dreams and aspirations of becoming a world-renowned DJ. He wakes up one day and has a big responsibility [because] his mom leaves him something… He gets otherworldly powers and he opens up his city to become a warscape for an intergalactic arms race that centers around him.”

Doom Patrol: Weight of the Worlds #1 is on sale now. Collapser #1 arrives in comic stores next Wednesday, July 17.

Star Wars Explains How General Grievous Killed So Many Jedi