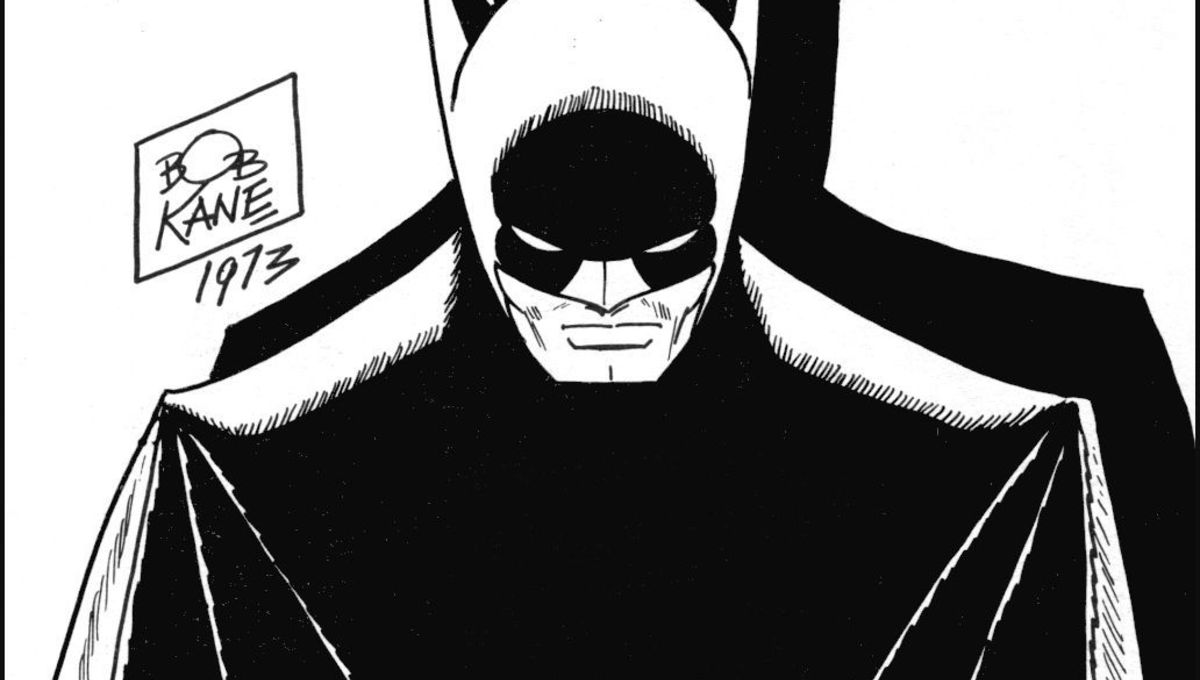 If you are a serious Batman fan, then you must find a way to visit The Society of Illustrators in New York in the next few months to witness its “Illustrating Batman: Eighty Years of Comics and Pop Culture” exhibit. Open now and running through October 12, the exhibition encapsulates Batman’s timelessness in a series of covers and splash pages by over 50 accomplished artists, including Frank Miller, Neal Adams, Alex Ross, Shawn Martinbrough, Bruce Timm, and Jim Lee. You can also find original ads, toys, and promotional items from the Silver Age donated by long-time collectors tucked in alongside the historic artwork.

SYFY WIRE visited the exhibit, and one of the first things we noticed was the diversity in both the art styles and the artists represented. The second floor MoCCA Gallery is titled “Bat Manga!: The Secret History of Batman in Japan,” featuring manga artist Jiro Kuwata. Batman became huge in Japan in the 1960s when dubbed versions of the Adam West and Burt Ward show aired — Kuwata’s Kaju fighting Batman manga flew off the shelves. The other two parts of the exhibit, “Batman Collected: Chip Kidd’s Batman Obsession” and “Batman Black and White: Sketch Covers Selected by Chip Kidd” are from the legendary artist’s personal collection.

The Society of Illustrators was started in 1901 and showcased the work of prominent illustrators and writers such as Howard Pyle, Mark Twain, and Norman Rockwell. In addition to more mainstream classics, the Society also has a special love for sequential art; it currently owns the entire collection of the Museum of Comics and Cartoon Art (MoCCA) and oversees the annual MoCCA Fest, New York’s largest independent comics, cartoon, and animation festival.

In 1939, The Society of Illustrators moved into its current location: A landmark carriage house on 63rd Street in Manhattan. That also happens to be the same year that Batman debuted in Detective Comics #27, “The Case of the Chemical Syndicate.”

Since then, Gotham’s savior and the rogues’ gallery who gave him purpose have appeared in just about every pop culture medium to date. The exhibit’s curators Rob PIstella and John Lind felt so strongly about the acknowledgment of not only Bruce Wayne but the multitude of artists that have shaped his image over the years that for the first time in the organization’s history the entire building is devoted to the character.

SYFY WIRE spoke with them about the magnitude of the collection and what Bruce Wayne means today, and asked Chip Kidd about that one coveted piece of Batman art he still does not own.

What was your goal and focus on this exhibit?

Rob Pistella: Our goal was to, honor the artists who created this work, and to showcase the handcrafted work that they have been creating for 80 years. Also to introduce the people who love Batman, from the films and TV to a whole world that they may not be familiar with. The comic stories and the art that preceded all these great films.

John Lind: It’s bringing that character into a different audience. Chris Weir’s audience is very different than Frank Miller’s audience. I have to say the fact that Chip Kidd, probably the most well-known book designer in the world, his main collective focus, as Batman, is literally obsessed with it as it says in his show.;

Why was including Chip Kidd in this so important?

Pistella: So I think Chip really has a profound understanding of the character and his collection is very wide and it’s very rich. You know, there were a lot of collectors of Batman who only like one period. Some guys only want the ’60s Batman or the ’80s Batman. But Chip has stepped back, saw Batman in various incarnations and embraced them all. Chip really likes having people who wouldn’t usually draw comics, do covers for him and that brings another richness to the collection.

Lind: There’s one piece down in the gallery of sketch covers that stands out to me. It’s the Roz Chast piece. And the fact that Chip would think to invite her to do it and that Roz can just do Batman and Robin on a couch is a testament to the character and also kind of the genius of, going [outside the comic book community] to different artists and getting them to work on this iconic character.

Pistella: I think Frank Miller’s Batman for me is his peak Batman. He brought Batman back from retirement in his mid-fifties. He sees a job that hasn’t been done and he comes back o do his best. It struck a nerve in comics. The Dark Knight Returns changed comics and elevated the medium to a mature level at that point.

Lind: What’s also fascinating was when Frank was 29 years old, between 1986 and 1987, he did The Dark Knight Returns, he was writing Batman Year One which David Mazzucchelli drew and he was also writing Elektra: Assassin, which Bill Sienkiewicz was drawing. Probably the three most influential graphic novels of the ’80s were all done in this one 12 month period by him. Which, to me, is arguably the most incredible creative output of anyone in comics at any point. It’s got an unbelievably ambitious layout structure for an artist to be doing. A 16-panel grid on a page where he’s inserting all these talking heads. It’s a challenging art to achieve.

You are the quintessential Batman fan and so much of this collection is yours. Why Bruce Wayne?

Chip Kidd: I was born in 1964 and two years later, the Batman TV show came out and that was my gateway drug, which led quickly to the comic books. All these different elements about it really appealed to me visually. And as a kid watching escapist fantasy, it was exciting. I loved the other characters too.

Batman doesn’t have powers and he arguably gets everything that he loves, taken away from him as a child and his respond to it [is what makes him]. And also the way all of these fantastic creators over the years have contributed to this story. It’s incredible.

Do you have a favorite era, or has it just been the concept of the icon that fascinated you?

Kidd: As a collector, I would love to have some of the Golden Age art, because there’s so little of it. It’, way out of my price range, but I love it. As a fan, I love what they did in the ’70s. There’s an artist [in the exhibit] named Marshall Rogers that had a tremendous impact on me when I was in grade school and junior high. It’s very “design-ey.” It’s not so much about eras as it is just about specific artists.

Which Golden Age piece would that be?

Batman No. 11,1942. The one where Batman and Robin are punching the Joker in front of playing cards and it’s just iconic and wonderful. The artist is Jerry Robinson, who basically created the Joker.

Can the exhibit be enjoyed by both the casual fan and the die-hard collector?

Chip: I think it’s of tremendous interest to collectors because you can see the scope of all of it. I think for the casual observer, or fan, I have not seen a collection of this kind all in one place ever. In terms of original Batman comic book art, this is historic.

Lind: [For many years] I think a lot of the older illustrators were very much of the mindset that comics were kind of a lower art form to classical illustration. Certainly in the ’30s and ’40s when the Batman was first starting, it was thought of as the “throwaway” medium. The fact that there are so many artists [showcased in this exhibit] that could be making their careers in fine art, that are choosing to do comic book illustration, is a great thing.

Pistella: Absolutely. They will be entertained by the work that countless talented men did in relative obscurity and low pay for no reason other than their love of the medium and the character. Here we are 80 years later, finally appreciating these folks in a body of work that’s going to last forever.