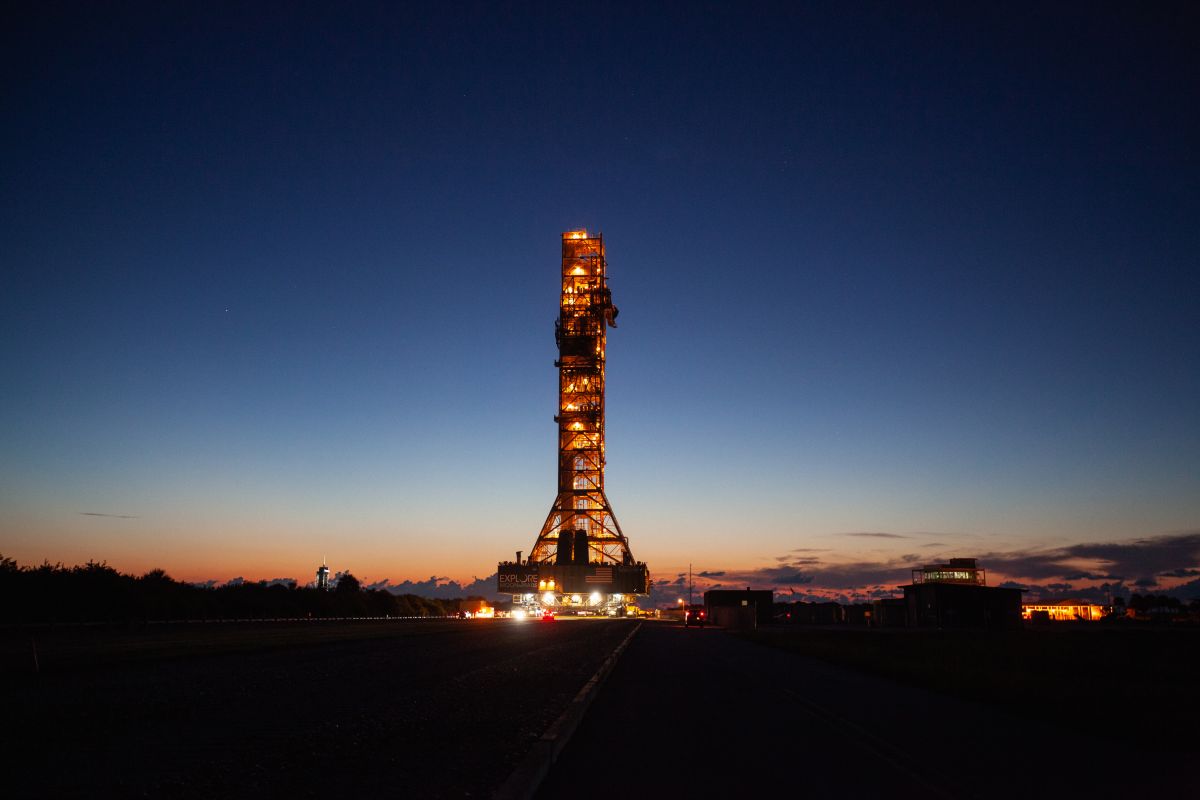 NASA’s lunar mobile launcher is one step closer to sending its first spacecraft to the moon.

The launcher is now in final testing for Artemis 1 — an uncrewed test trip around the moon of the Orion spacecraft slated for 2020 or so — after making its last solo trip to the Kennedy Space Center Launch Pad 39B on June 27. The launcher will remain at the pad for two months before going inside the nearby Vehicle Assembly Building (VAB) to join the Orion capsule and its rocket, called the Space Launch System (SLS).

One day, this same system could launch humans towards the moon. The Trump administration recently tasked NASA with landing humans there by 2024, and the agency is also planning a Gateway space station for future lunar missions. But first, engineers are putting the mobile launcher through a series of tests on the pad and in the VAB in preparation for these moon milestones.

Related: Can NASA Really Put Astronauts on the Moon in 2024?

Now that the launcher is at the pad, some of the forthcoming testing includes looking at the flow of water designed to suppress the sound waves from the SLS as it lifts off; otherwise, these waves could damage the SLS, Orion and the mobile launcher during ignition. Technicians will also examine the electrical and umbilical systems, as well as the propellant flow.

In addition, the team will swing three umbilical arms on the launcher at the same time in order to simulate what happens during launch. These umbilicals carry power and propulsion for the SLS, as well as air to purge the lines connecting to the 365-foot (111-meter) rocket.

While the launcher is new, there are technological echoes of the Apollo moon program of the 1960s that landed the first humans on the moon 50 years ago this month, in July 1969.

The SLS launcher made the slow, 10-hour journey aboard the same crawler-transporter that moved the mighty Saturn V rocket to its launch pad for its moon missions. Pad 39B, where the unit is being tested, was also the departure site of the Apollo 10 mission that served as a dress rehearsal for the lunar landing. (The other moon-bound Apollo missions all launched from Pad 39A). And the VAB is the same location where moon rockets were put together five decades ago. 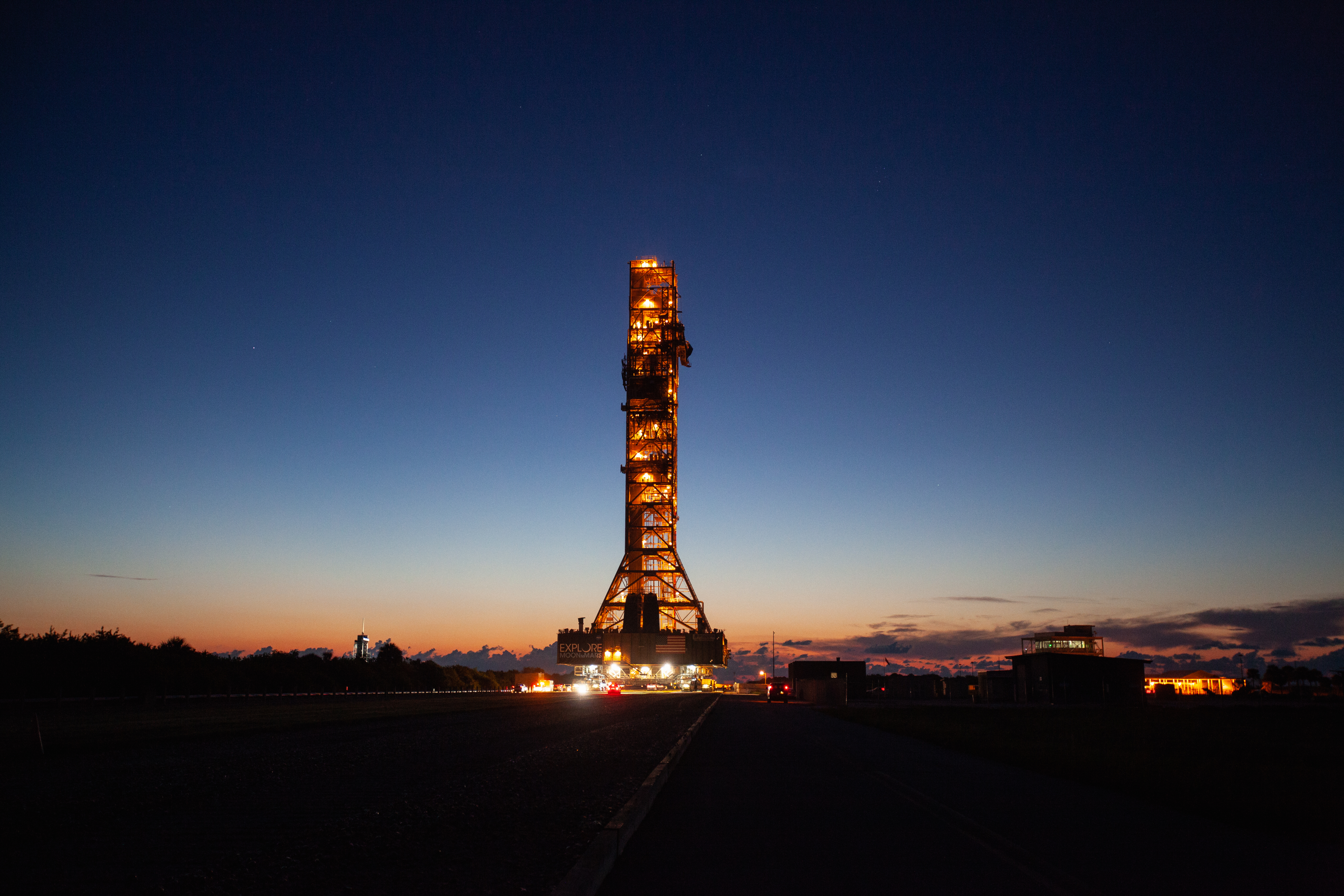 Mind control just got real, and it could soon be used to power weapons

Live coverage: First launch of the year from Cape Canaveral set for Thursday