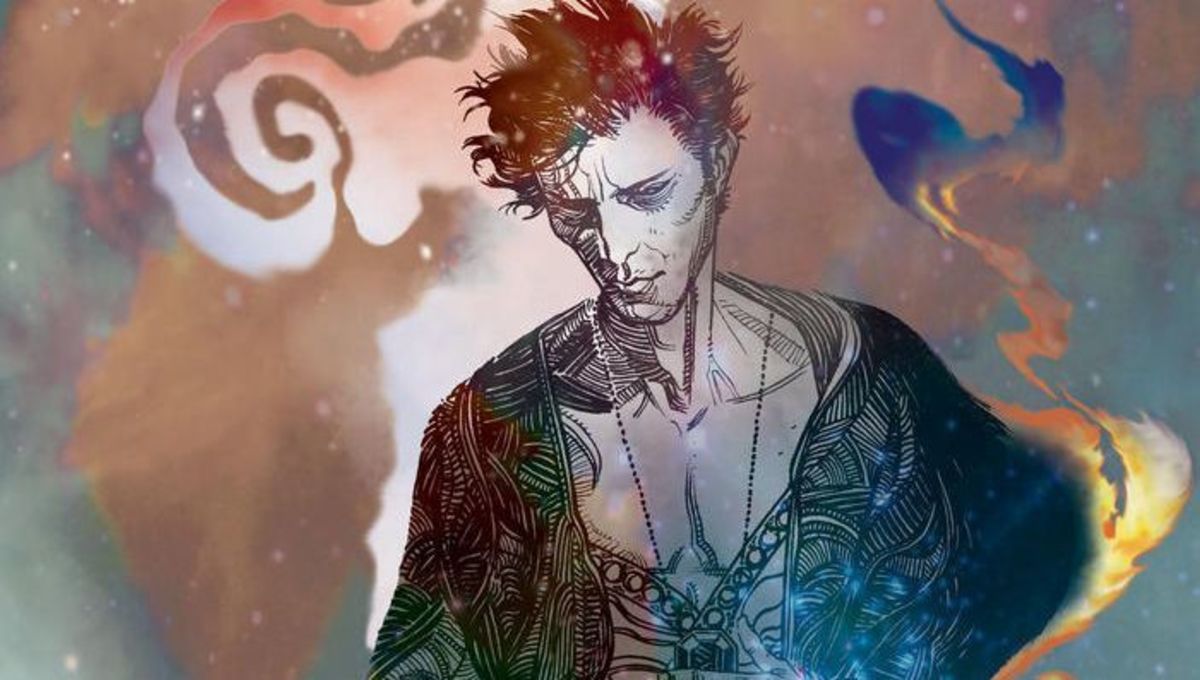 With news that Neil Gaiman’s acclaimed comic series, The Sandman will be coming to Netflix sometime in the future, fans have already started speculating what the series will or will not include from the epic comic tale.

The Sandman, an old DC Comics title that Gaiman totally re-imagined in 1988, follows the adventures of Morpheus, aka The Dream King. The first arc, “Preludes and Nocturnes,” covers the initial imprisonment of the Endless god by occultists, followed by his escape and subsequent quest to regain his powers. But, that’s just the start of the Sandman story. Gaiman’s original Sandman run lasted 75 issues and continued to follow Morpheus as he returned to power, influencing the dreaming, storytelling, and inspiration for every living person. The original was so popular it spawned more than a dozen spinoffs, some of which are still going today, and helped Karen Berger establish Vertigo Comics (R.I.P).

In the liner notes to The Sandman’s 2003 “Endless Nights” spinoff, Gaiman said he was once asked to sum up the entire Sandman story in 25 words or less.

“I pondered for a moment: ‘The Lord of Dreams learns that one must change or die, and makes his decision,’ I said. It’s true, as far as it goes, although it leaves quite a lot out.”

According to Netflix, The 11-episode Sandman series will be “a rich blend of modern myth and dark fantasy in which contemporary fiction, historical drama, and legend are seamlessly interwoven.” The series will follow the “people and places affected by Morpheus, the Dream King, as he mends the cosmic — and human — mistakes h”s made during his vast existence.”

On his Twitter, Gaiman offered up a few clarifying details about the series. Most importantly, the series will center around the initial arc, “Preludes and Nocturnes” and “a little bit more.” Additionally, he said, writers won’t try to tackle the entire Sandman arc in one story, which will take place in modern times.

This is heartening, because it means Gaiman, co-writer David S. Goyer, and showrunner Allan Heinberg may have some breathing room to flesh out the best moments from the initial eight issues. To help Gaiman and crew, we’ve included a few seminal moments from “Preludes and Nocturnes” we hope they touch upon on the show.

From the opening pages of Sandman, we’re thrust into a world of dark magic and evil as the occultists, led by Magus, continue their quest to trap Death. Instead, they’re successful in subduing and trapping her younger brother, Morpheus, aka Dream. The detailed panels from Sam Kieth, Mike Dringernberg, and Malcolm Jones III give a distinct look through the eyes of Dream as well as the sleep sickness that spreads all over the world upon his imprisonment. While Gaiman kept the backstory to a minimum in the first issue, there’s enough here to warrant a whole episode, considering Dream is locked up for more than 70 years.

MORPHEUS’ ESCAPE AND THE DREAMING

Without spoiling too much, the fun really begins when Morpheus finally escapes his captors. After a little retribution, Morpheus returns to the House of Mystery, where he is discovered by the personification of murder itself, Cain and his brother, Abel. It’s here that we learn a little more about Dream and the lost items he must now track down to fully reclaim his power. Readers are also treated to a first look at the Dreaming in issue #2, as we meet Lucien the librarian and learn about what’s been going on in the world since Morpheus been away. In an effort to track down his pouch of sand, helm and ruby, Morpheus finally visits the Hecateae, three mystical witches who first made their appearance in the DC Universe in 1969.

TEAMING UP WITH CONSTANTINE

Are you ready for a “buddy cop” take on The Sandman? In issue #3 of the series, Morpheus teams up with John Constantine to find his lost bag of sand. While mainly serves to move the storyline forward, Morpheus’ time with Constantine also helps develop the former as a likable character. In that small arc, we’re able to see how Constantine helps humanize the long-imprisoned King of Dreams. By the end of the story, we’re given an intimate glimpse into what changes may be in store for Morpheus down the road.

HELL AND THE HELM

When imagining Hell, artist Sam Kieth pulled no punches in imagining a visceral, gruesome version of the Devil’s playground. Gaiman’s exploration of the realm is also incredibly interesting as readers find out that Morpheus has a close, existing relationship with Lucifer Morningstar, the one-time king of Hell, who now shares rulership with demons Azazel and Beelzebub. After some detective work, Morpheus tracks his stolen helm to the demon Choronzon, whom he engages in a battle of wits.

Although we’re given glimpses of John Dee/Doctor Destiny in previous issues, Sandman #5 is where his story finally gets moving. Eliciting help from Martian Manhunter and Mr. Miracle, Morpheus tries to track down his lost ruby.

We also get some backstory on Dee, who was obtained Morpheus’ Dreamstone after his mother Ethel (the former mistress of occult leader Roderick Burgess), gave it to him. After receiving the gift, Dee began tweaking the Dreamstone, forcing flaws and adding circuitry. When Doctor Destiny faces off against Morpheus, eventually emerging triumphant, it sets up one of the best comic book issues ever created.

A mix of horror, suspense, and drama, “24 Hours,” a nearly standalone issue of The Sandman, was ranked as one of the scariest DC Comics stories of all time. The issue takes place over a single day within an all-night diner. Doctor Destiny, having stolen a ruby from Morpheus capable of manipulating the fabric of dreams, uses it to control the minds of the diner’s patrons, leading to a slow build of horrific confessions and gruesome violence.

Appearing at the very end of “Preludes and Nocturnes”, Death is one of the most beloved characters to come out of The Sandman series. Dream and his sister Death’s relationship is at the core of this issue, allowing for a better look into each character’s motivations and temperament. As Morpheus tells his older sister about his decades of imprisonment, she lashes out at her younger brother, chastising him for not calling. It’s a great look at the humanity of these seemingly god-like characters.

Exclusive covers: Experience the pain of the Rick and Morty vs Dungeons & Dragons sequel

WATCH: John Byrne talks about his runs on Fantastic Four, She-Hulk, and Superman