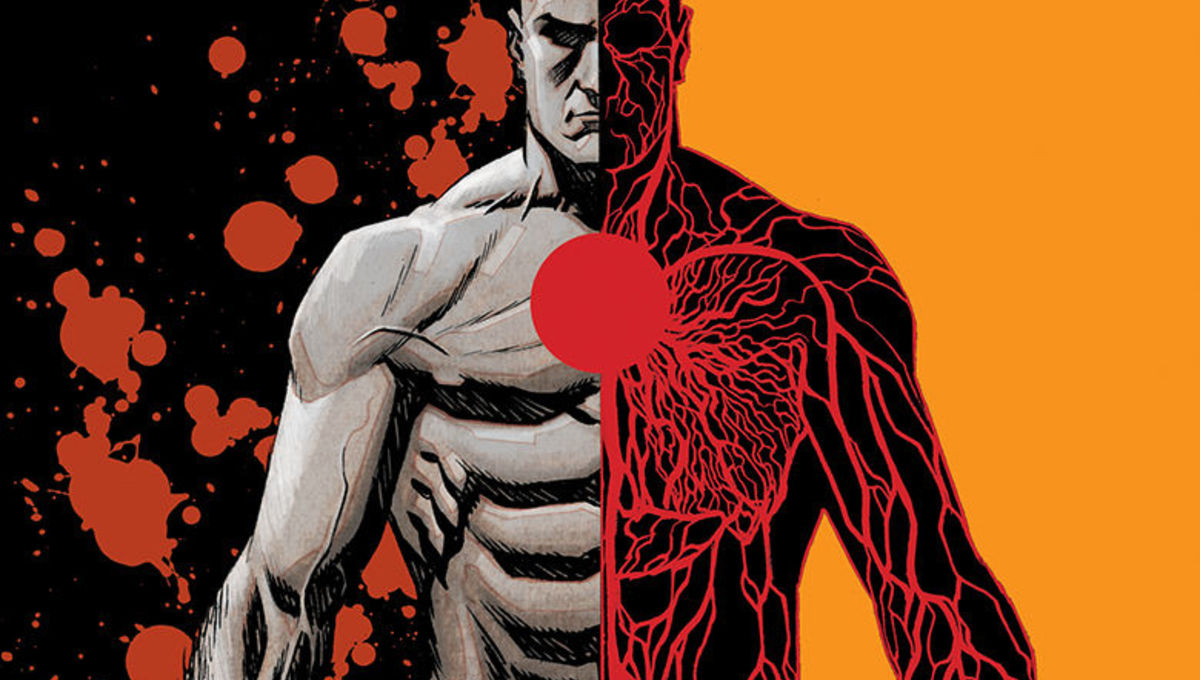 In case you weren’t aware, there are other comic book universes being made into movies besides the obvious two. Valiant Entertainment is entering the arena with a feature-length film of Bloodshot set to hit theaters in February 2020. It will be fully supported with plenty of fresh comics too.

Afer re-establishing his origin in Bloodshot: Rising Spirit, Valiant is launching a new ongoing Bloodshot series on September 25, by accomplished writer Tim Seeley and fan-favorite artist Brett Booth. Rounding out the talent on the series is Adelso Corona on inks, Andrew Dalhouse on colors and Dave Sharpe on letters. They’ve got an exciting run planned with Bloodshot roaming the scene a free agent, equipped with a new ability, and combating a new threat.

SYFY WIRE has the exclusive preview of the first five pages with finished colors and letters while Booth shared with us his long-awaited return to the monthly grind of comics. He recently did some story arcs on Action Comics (#995, #997, #999) and Batman Beyond (#26-29) but the last time he put in a long run on a monthly book was on Titans in 2016. While he admits to both loving and hating the relentless monthly publishing cycle, he loves being able to build and tell a story with his art.

“Once I figure out the characters in my head, they kind of tell me how to draw them,” Booth shared. “Might sound a bit weird, of course, but how they move and stand or react to certain things is very important. I’m still learning the Valiant Universe but luckily most of the cast is new so I don’t have to worry about drawing anyone in the wrong costume.”

Seeley’s Bloodshot is designed to be a throwback to the 80s and 90s action films, with loads of over-the-top action and explosive storylines. Yet, given Bloodshot’s abilities to talk to electronics, there was a unique opportunity to draw something new in a tech-driven comic, that communication had been drawn only a few times.

“I just drew what I had envisioned when I read it,” Booth explained. “I based most of the tech in the issues off of real — or at least experimental — tech. I’ve been trying to ground it a bit in the real world but then push that bit to a more high-tech look, a bit cyberpunky I guess. With movies starting to catch up to what we can do in the comics, we do need to push everything a bit more.”

Bloodshot is also sporting a new ability to change his appearance, so at times the reader may not know at first who or where Bloodshot is. Seeley also plans to avoid getting into Bloodshot’s first person point of view.

“With Bloodshot, it either has to look cool or a bit weird/gross,” Booth shared, “Depends on the situation. Tim’s just giving me crazy stuff to draw! Tonally, I’m going for big ’90s action with a bit more realism. Over-the-top fun if I can manage it!”

25 Crazy Fan Theories About The MCU Before Avengers: Endgame