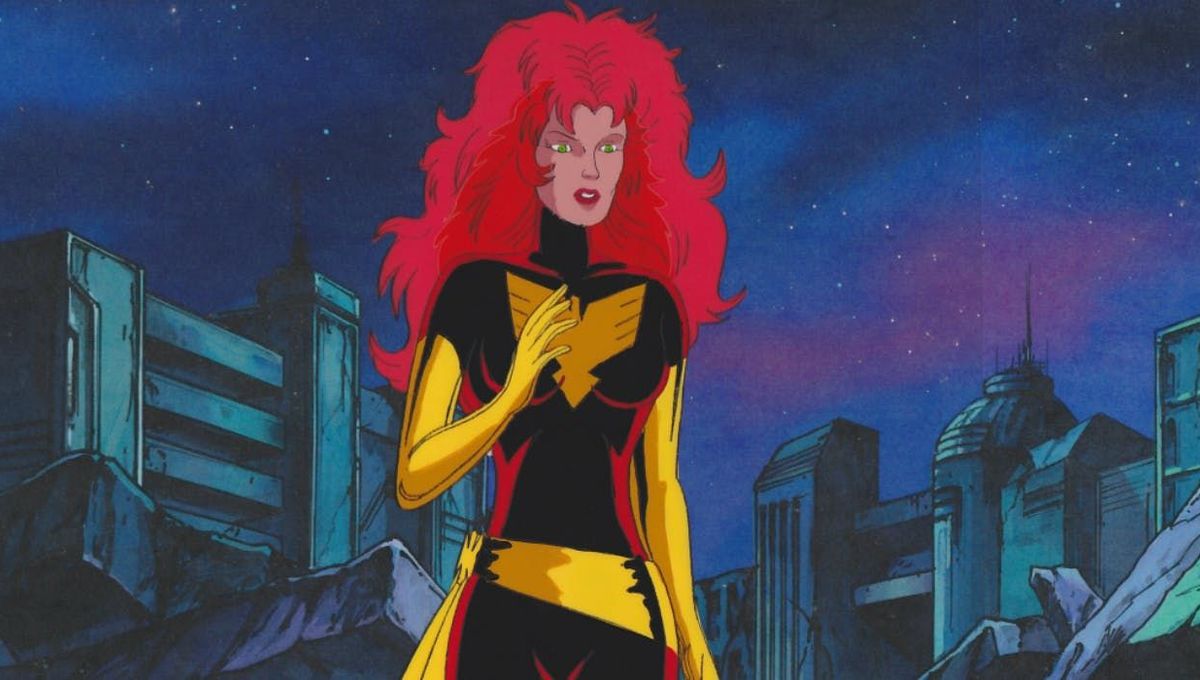 With the recent release of Dark Phoenix, Jean Grey has been on our minds only slightly more than she usually is. This is a character who has really run the gamut in terms of quality of stories, and it seems more often than not when she shows up it just means she’s about to turn into the Phoenix, lose control, and tragically die. The Phoenix is something that defines Jean Grey’s story arcs in such an extreme way that it’s easy to lose sight of what it is exactly we love about the character.

Now that there are a few different TV and film adaptations of the iconic Phoenix that first made her appearance in the early ’80s era of Uncanny X-Men, we’re taking a moment to reflect on which was the best — and frankly, the one from the ’90s cartoon a lot better than X3.

X-Men: The Animated Series is iconic for many, and the often silly, brightly colored look of the team is a lot of people’s essential version of them. While they still hold varying levels of appeal to many, X-Men comics of the ‘90s were a bit of a mess that led to years of even more confusing continuity than the X-line had previously known, and part of what ultimately defined the cartoon was that it never shied away from that. The episodes constantly dropped hints and echoes of sprawling, convoluted storylines. This would seem an odd choice for a show aimed at young children, but it worked famously well. The cartoon was a massive hit, and more than perhaps anything else was the conduit that served to eventually introduce them to the big screen in 2000.

Still, some characters fared better than others. The Wolverine of TAS was great, while the Cyclops is notoriously strict and dull. Meanwhile, the Jean Grey of The Animated Series is, by most fan accounts, the least compelling character on the show, often criticized for her uselessness in fight scenes, poor costume design, and being defined entirely in the context of the romantic triangle between herself, Wolverine, and Cyclops in which she displays almost zero autonomy. Jean got a pretty raw deal in what would turn out to be one of the most definitive versions of the X-Men. On the other hand, The Animated Series‘ version of two of her most epic storylines, The Phoenix and the Dark Phoenix Sagas, actually hold up pretty well. In fact, the cartoon does some things even better than the comics. Not only were these episodes the highlight for Jean Grey, but they were also the highlight of the show.

The story begins when Professor Xavier is haunted by nightmares of an epic battle in space, which turns out to be psychic missives from the Shi’ar Princess Lilandra. The Shi’ar are under the rule of Lilandra’s brother, a tyrant named D’ken, and Lilandra flees them and ends up on Earth. The X-Men are on a spaceship when they’re thrown off course and Jean Grey is forced to sacrifice her life by staying behind to steer the ship while the others flee. Jean is possessed by the Phoenix, and when she crash lands in Jamaica Bay with the rest of the team, she is alive but changed.

The X-Men race to save the universe from D’ken and the M’Kraan Crystal, which has the power to devour reality. Phoenix saves them but appears to die, but as her name would imply that happens pretty often in Jean’s life and it turns out she’s okay. She shows up again in the Dark Phoenix Saga after a few unrelated episodes pass by and some confusing timeline stuff occurs. She is seduced via psychic manipulation by the villain Mastermind into joining the Hellfire Club as their Black Queen. The Hellfire Club kidnaps the X-Men, Cyclops and Mastermind have a sword fight on the psychic plane, and Jean discovers she’s been manipulated and psychically lobotomizes Mastermind. She is brought up on trial by the Shi’ar for the crimes of the Phoenix and again appears to die, then is brought back to life. Unfortunately, she plays almost no role in the remaining episodes of the series.

There are some significant differences between the animated take on the Phoenix and Dark Phoenix stories and the comic. To begin with, it’s made up of a different cast of characters altogether. Gambit was a mainstay of the X-Men cartoon, but he didn’t join the X-Men until years after the Phoenix Saga ended. Beast’s role was significantly different, as he was in and out of the Avengers at the time. Still, in the comic, The Phoenix Saga began much the same way as it does in the cartoon, with Jean Grey being possessed by an uncontrollable cosmic entity in the last moments before she is consumed by radiation. She is saved, but it compromises her at her very core. While the lead-in is the same, the extent of Phoenix’s crimes is much more serious in the comic. She travels to space and vanquishes all life on a random planet, instantly killing its billions of inhabitants. When the X-Men square off against the Shi’ar, they’re holding her accountable for genocide, which gives the story a significantly different tone. In the end, she commits suicide rather than risk hurting anyone again. In the cartoon, they put her on trial mostly because she makes them uncomfortable.

Meanwhile, the comic version of the Dark Phoenix Saga had been developing for years by the time it finally took place, but it functionally began with the introduction of the 13-year-old Kitty Pryde to the team. While meeting with Professor Xavier to tour the Xavier Institute, she discloses that the villainess Emma Frost has attempted to scout her and get her to enroll in the Hellfire-sponsored Massachusetts Academy. It is a stowaway Kitty Pryde that helps to free the X-Men from the Hellfire Club. In the cartoon series, Kitty Pryde was replaced by the more contemporary Jubilee, who didn’t contribute significantly to this story.

In order for Jean Grey to be reintroduced to comics years later, a retcon had to occur so that she could still be viewed as a hero despite having vanquished all life on a planet of pacifists. A theory that had been floated by Kurt Busiek came into play, in which Jean Grey had been at the bottom of Jamaica Bay in a cocoon since her apparent death. The Phoenix had become obsessed with her and took on her form and her psychic imprint. Jean Grey had never been the Phoenix at all and was therefore absolved of her crimes.

Despite the many necessary differences, the cartoon holds up surprisingly well. The fight scenes of these episodes prove to be some of the best of the entire series. The brawl between the X-Men and the Juggernaut and Black Tom on Cassidy Keep is epic, and it was unique to the cartoon. While the fight between the X-Men and the Hellfire Club runs over several issues and is one of the most iconic fights in comic book history, the cartoon version is still pretty great despite giving comparatively little screen time to the scene. Dark Phoenix is just as terrifying as she is in the comic, and when she psychically lobotomizes Mastermind, there’s no question in the viewer’s mind that she is crossing a serious line and going way too far.

The X-Men animated series might have simplified a lot of the complexity of the comics, but a surprising amount of continuity made its way in. Regardless of everything, this take on The Phoenix Saga might be the best screen version to date. Although there were hits and misses in the overall quality of the show, it did introduce the X-Men to a wider audience than it had known up to that point. For many Jean Grey fans, this was their introduction to the character and it is indeed the highlight of her time on the show. Looking at it through a critical eye is one thing, but the fact that it made a lot of kids fall in love with the X-Men is indisputable.

Yes, the real-life cats in Captain Marvel were pretty freaked out by the Skrulls