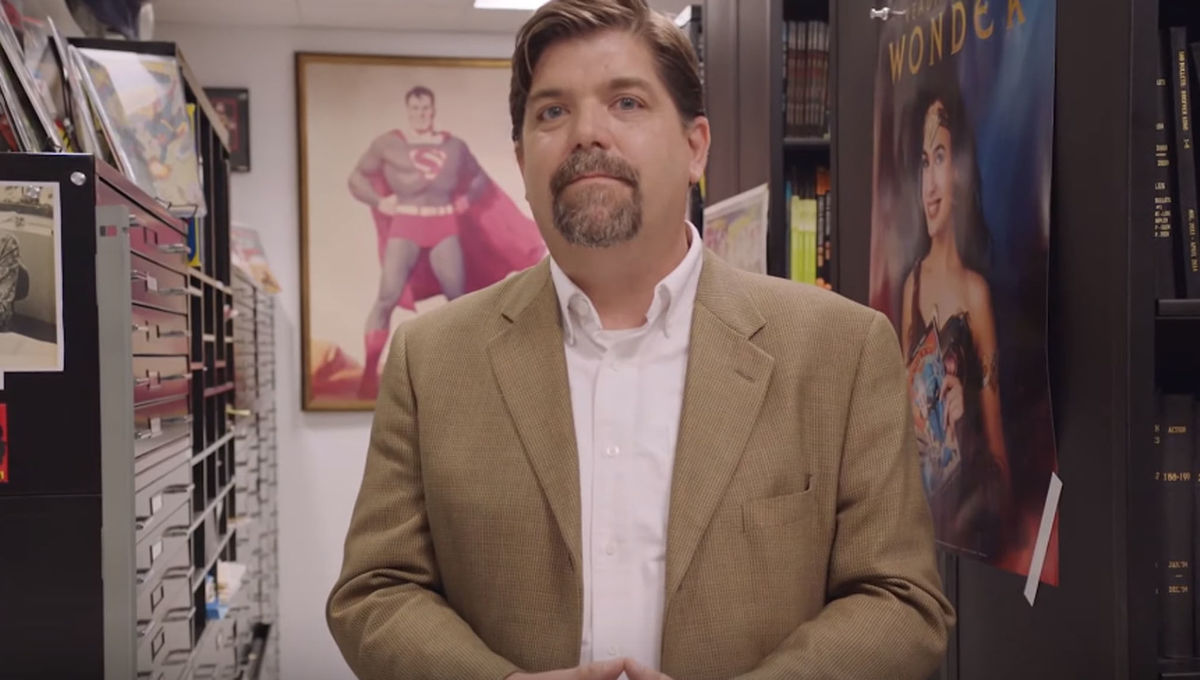 Do you love your job? It’s a rare thing to land in a career that you truly enjoy, but Benjamin LeClear has a job that may be the envy of comic geeks everywhere. LeClear is the official DC Archivist, and he curates one of the most stunning collections of DC comics, artwork, and collectibles ever assembled. DC may not have everything ever made for their characters, but it’s pretty close!

In the latest episode of SYFY WIRE’s Nerdy Jobs, LeClear took us where visitors rarely tread: the interior archive of DC Comics’ office in Burbank, California. While there were a few things we weren’t allowed to show on camera, what we saw was breathtaking. Even LeClear can’t quite believe how fortunate he was to land this gig.

“I think the first thing 12 year-old me would say is, ‘So Major League Baseball, that definitely didn’t work out,’” joked LeClear. “But after that, he would say, ‘I can not believe that we get to work for Batman, Wonder Woman, Superman.’ Which is how I view them today. I know my bosses think I work for them, but in my heart of hearts, just like when I was 12, I get the idea that I’m working for something that’s larger than all of those things. Superman, Wonder Woman, Batman, they’re real people to me and what they represent. That’s what I would have connected to and I would pinch myself.”

Check out the full video for more from LeClear inside the DC archive!