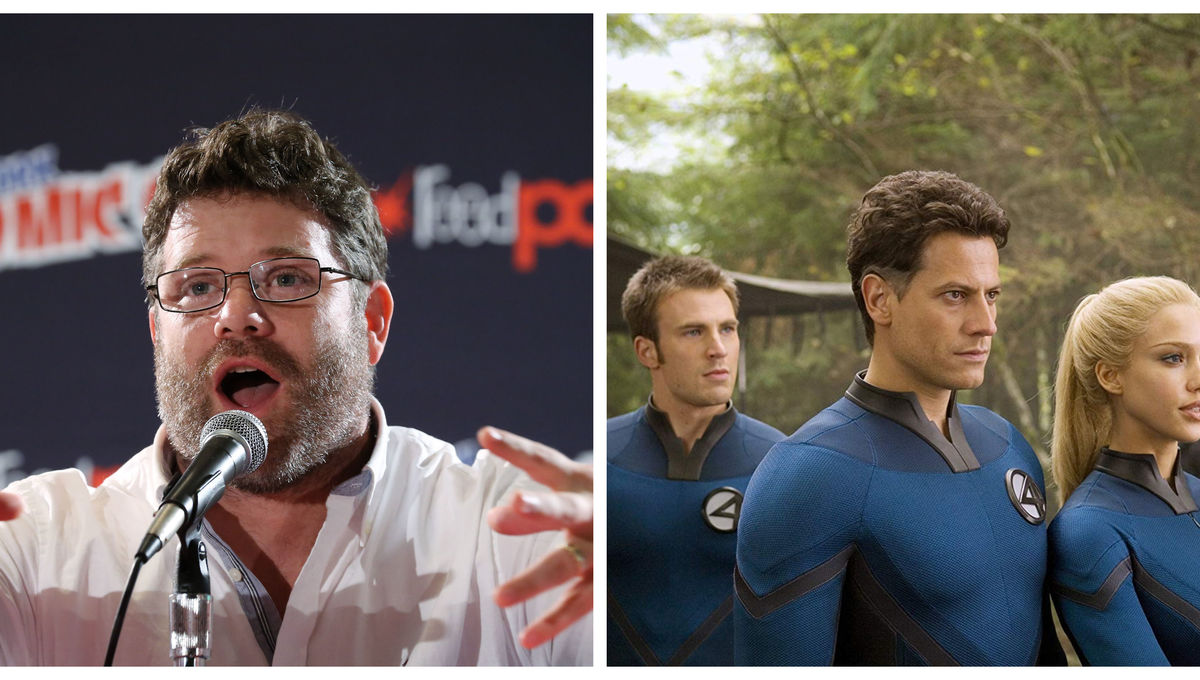 Ever since Roger Corman decided to make a low budget Fantastic Four movie in the mid-1990s, Hollywood has, on the whole, mishandled the iconic superhero team that is often referred to as “Marvel’s First Family.”

All of that may have been avoided if 20th Century Fox had just been willing to take a major chance on a young and aspiring filmmaker who had just come off Peter Jackson’s Lord of the Rings trilogy in the role of Samwise Gamgee. During an interview with Collider at Amazing Las Vegas Comic-Con, Sean Astin (Goonies/Stranger Things) recounted the incredible true story of how he lobbied hard for the directing job of the studio’s big budget take on the team.

The whole 12-minute tale includes brushes with Harry Potter director Chris Columbus, who was, at one point, going to direct, but ended up as a keeper of one of the scripts in development; singer Christina Aguilera, a possible candidate for Sue Storm/The Invisible Woman; Shrek‘s Cameron Diaz, another potential for Sue; and Michael Chiklis, whom Astin apparently talked into playing Ben Grimm/The Thing; and yes, even Kevin Feige himself. Of course, this was in an era before the MCU when Feige was just the Head of Physical Production for Fox’s Marvel films.

“I said [to Kevin,] ‘Listen, is there any way in the world that you’d consider me to direct Fantastic Four?” Astin explained of his call with the up-and-coming comic book producer. “He was like, ‘Well, I don’t know.’ I said, ‘So, are you saying there’s zero chance, no chance, 100 percent not gonna do it?’ He said, ‘Well, I’m not gonna say 0 percent.’ I’m like, [excited] ‘Ohhhh.'”

In the end, we know the top job went to Tim Story, who had established himself as a bankable director with comedy hits like Barbershop and Taxi. Despite a poor response from critics, the Fantastic Four movie from 2005 was a box office success and led to a sequel in 2007 that introduced Silver Surfer (brought to life by a combination of Doug Jones’ body and Laurence Fishburne’s voice) and Galactus. Even with slightly better reviews, the follow-up didn’t do as well at the box office as its predecessor and plans for a third film were scrapped.

The Fantastic Four, as well as the X-Men and other Marvel properties, came under the ownership of Marvel Studios after the Disney-Fox merger back in March. While many are excited to see these characters folded into the MCU, Feige has stated in the past that there are no immediate plans for them, so it will most likely be several years before they are rebooted on the big screen.

Which makes sense — Marvel has a lot of balls in the air, and taking a break can put a bit more distance between Fox’s lackluster takes on the First Family and whatever Marvel Studios decides to do with them.

What To Expect From Star Trek: Discovery Season 3