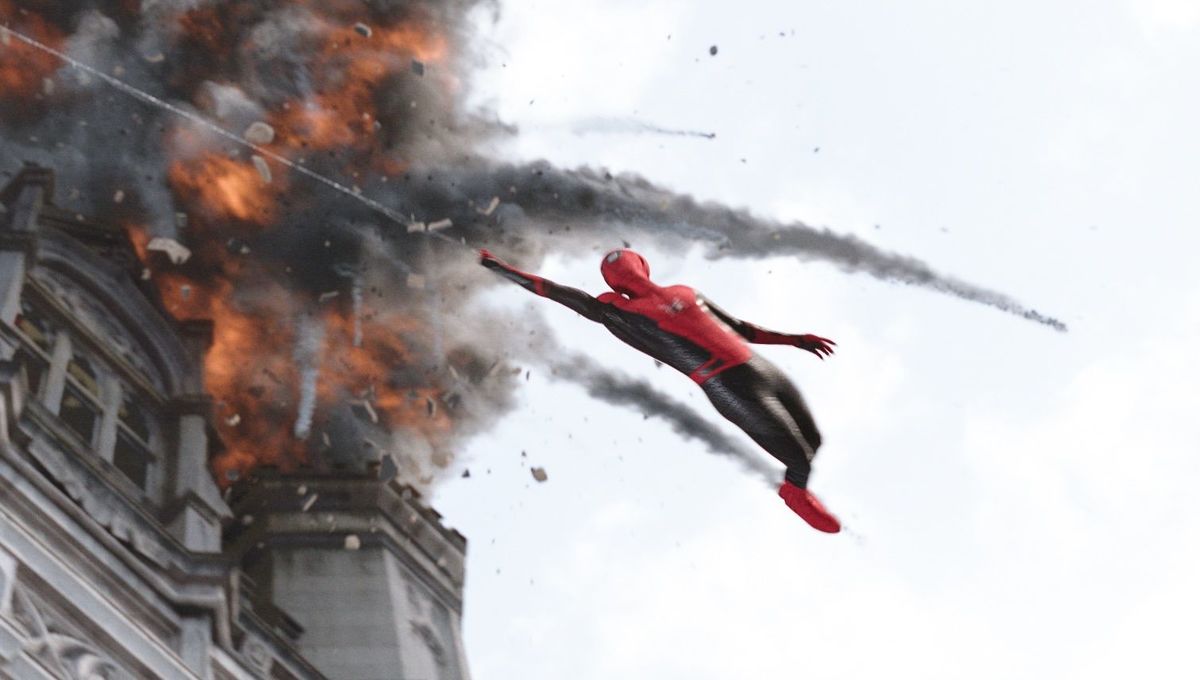 Next week, Phase 3 of the Marvel Cinematic Universe will wrap up for good with the release of Spider-Man: Far From Home. We’ve known for months now that the post-Endgame sequel to Homecoming would be the final installment in Marvel Studios’ “Infinity Saga,” but thanks to some new comments from Kevin Feige, we know why.

Just in case you haven’t seen Endgame yet, please be warned that the following quote does contain major, MAJOR spoilers for the fourth Avengers movie!

Directed by the returning Jon Watts, Far From Home takes Peter abroad for a Eurotrip with some of his high school friends like Ned (Jacob Batalon), Flash Thompson (Tony Revolori), and MJ (Zendaya). What should be a nice break from fighting crime in New York turns into an epic adventure to save the world with some help from Quentin Beck/Mysterio (Jake Gyllenhaal), who claims to be from an alternate version of Earth.

Since the story takes place “across the pond,” Watts looked to some of the most influential Europe-based road trip films for inspiration. Some of his biggest cinematic muses were National Lampoon’s European Vacation, Gotcha!, and, of course, Eurotrip.

Spider-Man: Far From Home wall-crawls into theaters everywhere Tuesday, July 2. Early reactions to the movie have been incredibly positive and buzz-worthy.

If reports from last week are to be believed, Avengers: Endgame will be rereleased in theaters this weekend with never-before-seen footage during the end credits.

Who Are The Shazam Family? DC’s New Movie Team Explained