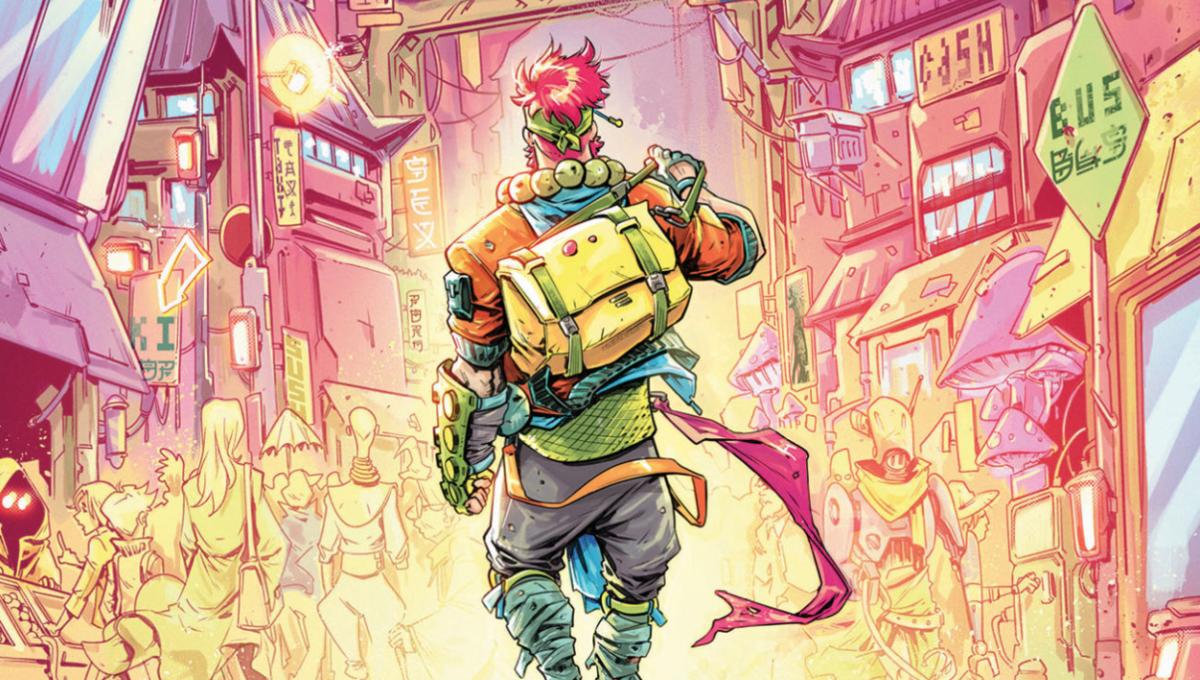 Enhanced with a rainbow of vivid, candy colors and imbued with the infectious spirit of Dragon Ball Z, an electrifying new sci-fi fantasy miniseries from Dark Horse Comics titled No One Left To Fight will have you jostling for position to snag the premiere issue when it drops on July 3.

Written by Aubrey Sitterson (GI Joe, Scarlett’s Strike Force) and energized with striking artwork from Fico Ossio (Revolutions, Transformers: Unicron), this rowdy road-trip adventure delivers a powerful punch of imagination inspired by manga-style stories and a love of classic anime tales — and SYFY WIRE has an exclusive glimpse inside along with comments by its ambitious creators.

The battle-tested storyline has origins in the hearts of many fight-based manga like My Hero Academia or One Punch Man, and follows a group of weary heroes who have saved the planet countless times and find themselves at an uneasy crossroad after the final battle has been won. It’s a vibrant saga of loyalty, resentment, regret, and the inevitable effects of Father Time which asks the pertinent question: ‘What does a fighter do when there’s no one left to fight?”

“My favorite stories are the ones that do everything: Comedy, drama, and, of course, action,” Sitterson tells SYFY WIRE.  “And that’s what Fico and I have created with No One Left to Fight – it’s a fully-realized world with decades of action-packed history baked in, chockfull of all the emotional heft of your favorite long-running franchise, but condensed down into a single, eye-searing, five issue series. It’s everything we’ve always wanted from comics, which is why we’re able to say, with supreme confidence, that it’s ‘THE COMIC YOU ALWAYS WANTED.'”

Paired with Sitterson’s engaging plot is the joyous artwork of Fico Ossio (letters by Taylor Esposito), here influenced by the team’s favorite manga and anime.

“The art is a result of the ¨fusion¨ of a Manga and a Western design sense, as well as my own personal aesthetic, which has always been detail driven,” Ossio tells SYFY WIRE. “The world needed to feel rich and lived, so right out of the gate you dive into the world of No One Left To Fight. Dragon Ball Z and other Manga always felt so fresh and unpredictable. I thought the colors where a perfect tool to catch that same feeling and vibe. They set the tone and can ¨jolt emotions¨ to the reader.

“The ¨twist¨ is that the story is going to touch on some deep, heavy issues. And the contrast between a bright, colorful design and a darker story is a really powerful one.”

10 Clues You Missed In The Stranger Things Season 3 Trailer