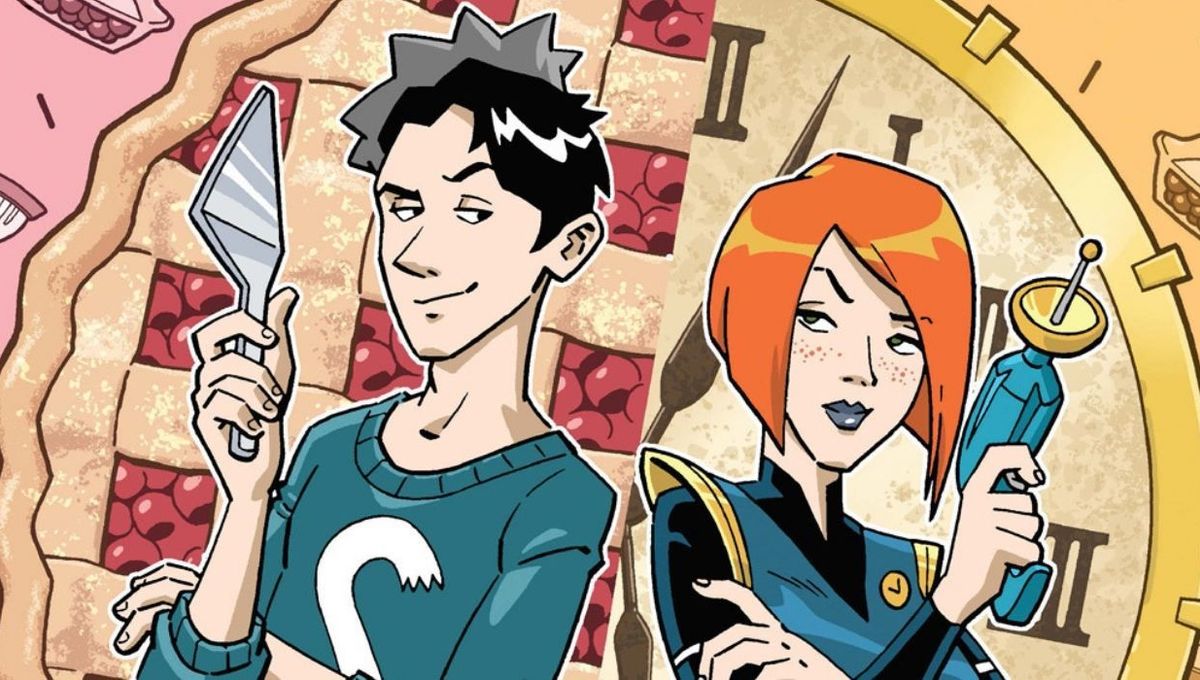 If Sina Grace has one mutant ability, it’s shapeshifting. He has worked for DC and Marvel, and seemingly everyone in between, as both an award-winning writer and an artist. Grace was not only the first official employee but also the first editor at Skybound, Robert Kirkman’s imprint at Image Comics. He even then helped navigate the hit comics The Walking Dead and Invincible to success before their onscreen adaptations made them household names.

A penchant for goth and autobiographical narratives led him to create both Not My Bag — a “Donnie Darko meets Devil Wears Prada” story about a department store — and Self-Obsessed, which he adapted into a video web series in which he also stars. (Yes, he acts too.)

Grace is an outspoken supporter of tolerance and representation in comics, and he shepherded Iceman Bobby Drake’s queer storyline after Brian Michael Bendis outed the classic X-Men character in 2015. Although Marvel eventually canceled Grace’s Iceman series, trade sales were so strong that the House of Ideas revived the series. Grace’s run also quietly debuted the mutant drag queen Dark Veil, who can teleport through a void she creates through her handheld fan. In other words, she can disappear by throwing shade … literally.

There’s a level of pragmatism in Grace’s writing that gleans from real-life experience in an industry built on fantasy. Maybe that’s why fans find his work so relatable, even when the dialogue is between superheroes. SYFY WIRE sat down with Grace to talk about the balancing act of being a voice of gay representation in comics while still developing strong characters, and why his younger self is flipping out right now.

Where did you grow up, and what were you reading when you were a kid?

Sina Grace: I grew up in rent-controlled Santa Monica, California, raised by a single mother, and shared a room with my sister while my grandma slept in the living room. I was super into X-Men — the cartoon and then the comics trading cards, which helped me get into comic books. So it was like X-Men, Batman, Spider-Man, and Ninja Turtles. When I got a little older, I was also a huge Spawn fan. I waited three hours at a Virgin Megastore once to meet Todd McFarlane. Then when I was in high school, I started getting into the more indie stuff.

What kinds of indie comics?

I would look up anything like Alan Moore did, like Halo Jones and then Tank Girl. I was into super indie stuff like The Eight Ball Series by Dan Clowes. Adrian Tomine’s Optic Nerve as well. Also when Marjane Satrapi did the Persepolis books, as a Persian man, I found them very illuminating. [It showed me] you can tell a very personal and historical story and it’s still going to sell copies as long as you do it well and make it interesting.

Was Self-Obsessed your first comic?

A smarter person would bury my true origin, but I am of the mindset that if you live in truth, all will be okay. My first comic was a self-published mini-comic called The Roller Derby Robo Dykes vs. the Cannibals. It was a ridiculous book about these cannibals that are going to eat these pirates who convince them to go to New Jersey to eat these beautiful buxom lesbians instead. They turn out to be robot lesbians, and I don’t remember what their ammo was besides running a roller derby.

At the time, I was doing a lot of like volunteer work with the Anti-Defamation League, but I was also in high school and getting my full exploitation, blaxploitation education at the same time. I was in love with the movies Switchblade Sisters and Coffy.

Wow, your influences ran the gamut when you were young.

I was always fascinated and determined by learning how things work. I would read every interview with every creator I loved. I would print out their sketches or their process pieces and analyze how someone like Adam Hughes would draw eyelashes so sensuously. I just learned and tried and apprenticed under a comic artist at Top Cow Productions. It’s weird, I was working at the Anti-Defamation League and then [being taught] by the people who made the Tomb Raider and Witchblade comics.

What was it like working for Marvel — and on an X-Men character, no less?

I am still unpacking that. At first I was very confident and casual. I knew I’d gotten the job for a reason, and I was confident [that I could do the character justice]. And then everything around it changed fast.

I think it was a new frontier for everyone in Marvel. I had three different editors and two different editors-in-chief. So I think a lot of the time the book kept getting put lower and lower on everyone’s priority list. Then it still took off [in book sales] because, in my humble opinion, I worked really hard to make sure people knew about it.

You tackled a lot of heavy topics in that run.

I tried hard to move as much of the discussion out of the subtext and into the script as possible. I’m proud that at the end of the day I was able to talk about conversion therapy in a comic book and talk about someone who survived that trauma.

What was it like moving from Bobby Drake to Jughead time-traveling over a pie?

Honestly, what was exciting about Jughead was just the fact that I get to simply do a character story. His personal life is not even on the table. I’m so happy just to be storytelling. I don’t have to think about representation; I get to think about like telling a damn good story.

I had a lot of fun in the 29th century! I’ve been thinking a lot about January McAndrews and wondering what her story is beyond the Time Police, and Jughead as well. I got to update the Time Thieves, got my artist Derek Charm to make them cool. My direction was if Tessa Thompson, Janelle Monae, and Awkwafina were Time Thieves.

Now we all want to see that movie.

Derek’s work is so clean, but it’s also so detailed. I’m grateful to have him as a partner right now, at this point in his career.

Both Jughead and Ghosted in L.A. have a very manga, fun look to them, but Ghosted is a completely original story, right?

Yes! A young girl moves to L.A. for her boyfriend, and he “ghosts” her. Then she finds herself in an apartment complex run entirely by ghosts. We learn very early on that she is driven by her “pack,’ whether it’s her best friend Christy or her ex-boyfriend, Ronnie. It’s Melrose Place, but with ghosts.

I play a lot with character, which I think is the through line between Iceman and Jughead as well. They’re all about a character learning something, but in Ghosted there’s going to be lots of intrigue and love triangles and ghost sex.

What’s a character or story that you would love to work on that you’d love to sink your teeth into?

I would still love to work on Generation X. That’s actually where the Shade/Dark Veil character came from. I pitched Marvel a Generation X comic. I came up with a whole new cast of characters, and one of them was this like 16-year-old girl who may or may not be related to Tyrone Johnson [Cloak] of Cloak and Dagger. And she can throw pocket dimensions.

Her power is throwing shade.

The writing backflips I had to do to get there! I would also love to draw Neil Gaiman’s Death. I don’t want to write it, though.

In the new Dark Horse anthology Pros and (Comic) Cons, your story feels a little like your memoir Self-Obsessed and your career.

It’s about the climb. For instance, how you dream of working for Marvel, but then once you’re there, it’s not what [you thought it was] because of how the journey changes you. I’ve been doing this for a long time, and so sometimes you miss these little wins.

At a con once, I had a friend who I realized was sleeping in her car and all she needed was a shower, and I let her use the one in my hotel room (at a publisher’s expense). I’d forgotten about that grind and hustle because, at this point in my career, I don’t want to go to a convention and worry about making money. I’m fortunate. I often think, “Would 10-year-old me be proud of me?”

Do you think he would be?

I think so. I mean, I have a dog, so he’s flipping out right now. He always wanted one, so he’s pretty pumped. I also have the original cover art to Generation X No. 27, which was like my favorite Chris Bachalo piece.

Every DC Movie Confirmed For After Shazam

10 Most Important Moments In The MCU Leading To Avengers: Endgame