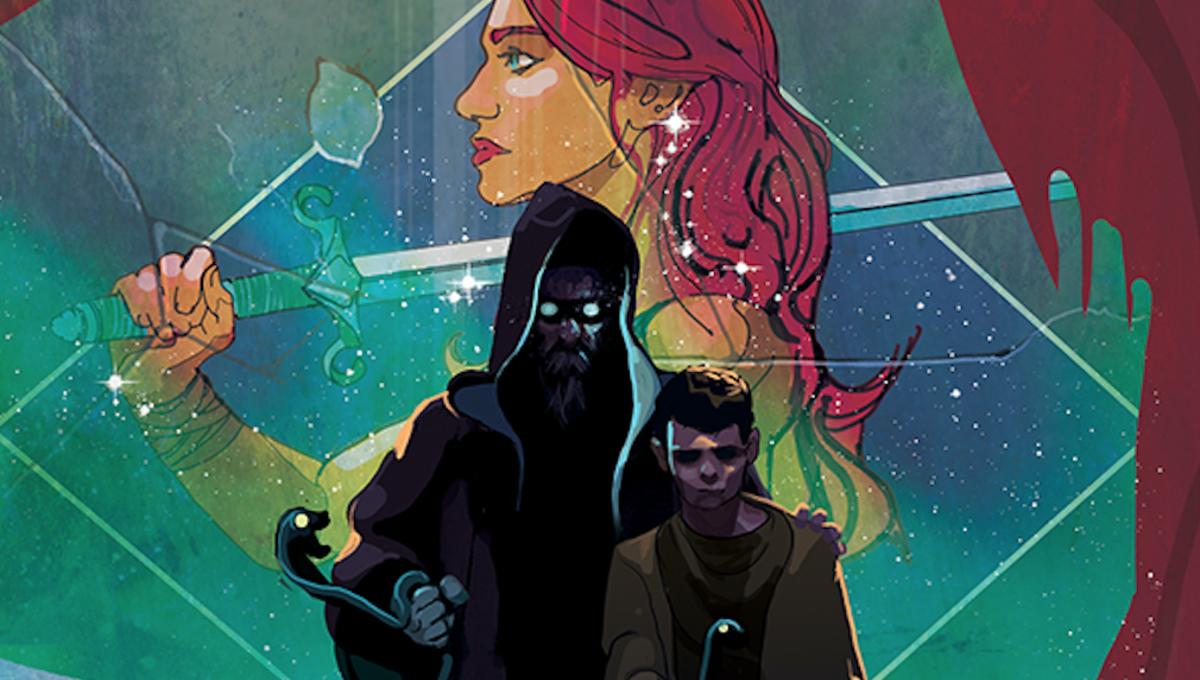 Red Sonja is one of the most enduring and popular characters in Dynamite Comics’ potent arsenal of classic characters, with numerous flagship titles, miniseries, and graphic novels under their belt, all expanding the deep mythology of Robert E. Howard’s crimson-tressed warrior.

Dynamite is unleashing a red-hot new standalone Red Sonja one-shot charging into stores July 31, titled Lord of Fools, and SYFY WIRE has an exclusive look at this 32-page one-shot along with an issue breakdown from esteemed writer Mark Russell (The Flintstones).

This boisterous book is a reunion for the superstar creative team of Russell and artist Bob Q, who recently finished up their rip-roaring Western revival of The Lone Ranger for Dynamite this spring, and they haven’t missed a step in rendering the adventurous one-off tale of the She Devil with a Sword.

Accented with colors by Katie O’Meara, Red Sonja: Lord of Fools ties directly into the aftermath of Red Sonja #6 and acts as a bridge to the main series’ next arc as a raging battle unfolds in Hyrkania. Its storyline spotlights Cyril, the young Crown Prince of the Zamoran Empire, and a mysterious blind priest who helps unlock the arcane secrets of The Lord of Fools, enlightening Cyril as to his ultimate fate and exactly what it means for the known world.

“What I love about Lord of Fools, which may be my favorite issue of the series so far, is that it gives us a chance to catch up on what’s happening away from the battlefield,” Russell tells SYFY WIRE. “Wars are not only fought by the armies in the field, but by the people supplying the soldiers, the wives and children quietly awaiting news of their loved ones, and the palace intriguers moving invisible pieces on the chessboard as they play a game all their own.”

Russell relished the opportunity to get into the belief systems of the various people of the empire, which he believes is an underrated aspect of fantasy world-building.

“Bob Q does a tremendous job creating the sense of awe and cosmic futility of the world the Lord of Fools inhabits,” he adds. “The Lord of Fools himself seems like a pretty impressive god, until you realize that as the god in charge of human destiny, he’s the lowest god in all the heavens, and I was blown away by the way Bob managed to make each god higher up on the food chain that much more impressive and terrifying. Katie does a great job capturing the Greco-Roman tones of the more intimate story of Cerkus, and how he came from being a lowly slave in Corinthia to being Sonja’s truth-sworn Tongue of Fire.”

Check out our exclusive five-page first look at the unadorned interior art for Dynamite’s Red Sonja: Lord of Fools in the gallery below. The issue arrives on July 31.

Indie Comics Spotlight: The key to G. Willow Wilson's success? She can write in her sleep.