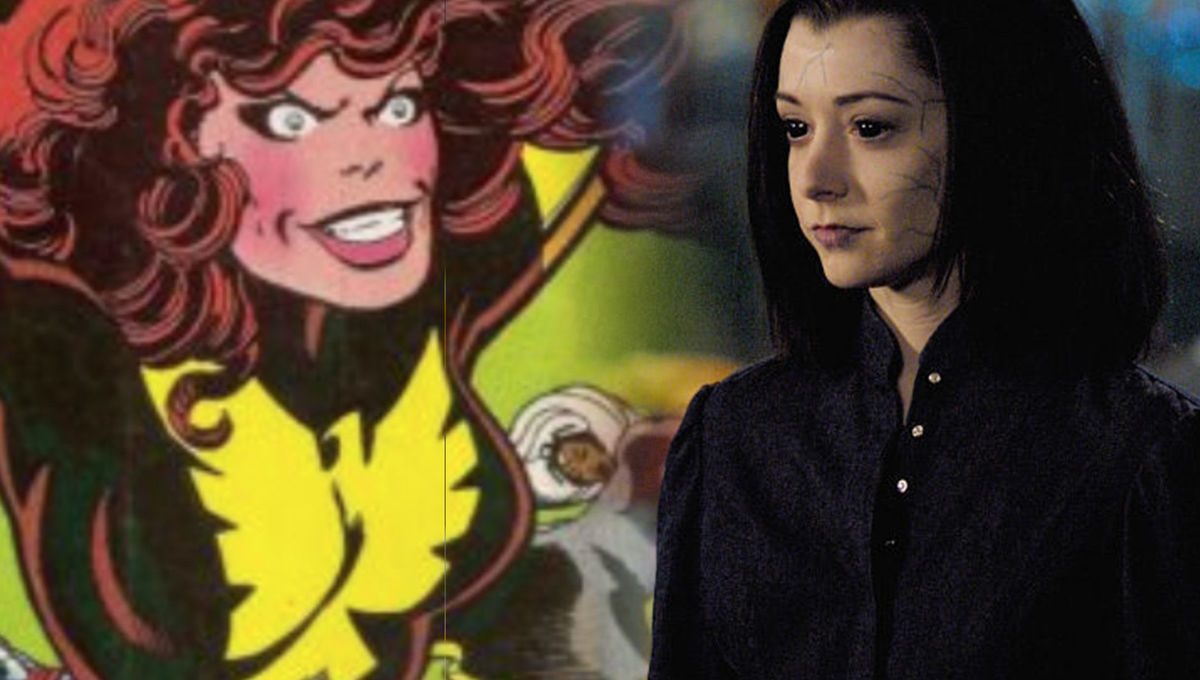 Well, the reviews for Dark Phoenix are in, and they are predominantly negative. Considering the extensive reshoots, release date delays, and Disney’s recent acquisition of Fox all but promising that the franchise in its current form is about to end, none of this is particularly surprising.

So, if the critical response (and lackluster opening) is anything to go by, Dark Phoenix marks the second time the X-Men film franchise has whiffed bringing the most popular storyline from the comic book to life via live action, the first attempt being 2006’s X-Men: The Last Stand (which is what some could charitably call “a movie that exists”).

Fortunately, although the latest X-Men film may not provide fans of the original mini-series full satisfaction, we actually did get a rather good live-action adaptation of The Dark Phoenix Saga in the early aughts. We just didn’t realize it.

We’re referring, of course, to Season 6 of Buffy the Vampire Slayer.

That’s right. If you want an actually satisfying adaptation of the Dark Phoenix storyline, the penultimate season of Buffy, where good girl Willow Rosenberg (Alyson Hannigan) slowly and steadily becomes a vengeful all-powerful witch with the power of a god intent on destroying the world, is where to go.

Still skeptical? See if any of this sounds familiar. After being the quote-unquote “good girl” of the group for years, a young woman comes into her own by both discovering new powers and also undergoing a sexual awakening that stops her from simply being a damsel in distress and the object of desire for the men in her life.

Over the course of time, she develops her powers. But eventually, she becomes addicted to these powers and is slowly corrupted by them.

Then, when tragedy strikes and a minor adversary kills the love of her life, she’s consumed by rage, brutally destroys said enemy, then temporarily loses her humanity to become a nigh-unstoppable villain who fights and overpowers her friends with designs to destroy a planet. But before she can, another longtime friend confronts her, and manages to remind her of her humanity, which she manages to regain before it’s too late.

Sure, it’s not a slavish adaptation — names are changed, scenes are cut and/or rearranged, the character’s a witch instead of a mutant, and the title is different — but what adaptation doesn’t take some liberties with its source material?

And, unlike the two official films from 20th Century Fox, Buffy‘s sixth season actually tells the story about the least empowered member of her group (whether the group is called the X-Men or the Scooby Gang) gain strength and confidence, then become the most powerful member of the group, then become an unstoppable villain with the power to destroy a planet. (In Phoenix’s case, she actually destroys another planet. In Willow’s, she tries to end the earth, but Xander stops her at the last minute with the power of love.)

The two characters are also in stories by writers who have the long game in mind. Just as Uncanny X-Men scribe Chris Claremont was planting the seeds for the Dark Phoenix story several issues before the miniseries officially began, Buffy showrunner Joss Whedon was also taking his time building the story of Willow’s rise then subsequent fall.

In the Uncanny X-Men comic book series under the writer/artist team of Claremont/John Byrne, Jean transforms into the Phoenix back in issue #98, long before the Dark Phoenix storyline officially begins in issue #129 (and Jason Wyngarde’s seduction of Jean, which eventually kicks off the storyline, begins in issue #122). On Buffy, Willow begins to come into her own as a witch late in Season 2, way before she becomes corrupted by her powers in Season 6.

Heck, Whedon even foreshadowed Willow coming out as gay and showing off her sexy, confident side a solid season before she meets and falls in love with Tara in the episode “Doppelgangland” (Season 3, Episode 16). (It’s also worth noting that in that episode, her supernatural abilities are what give the vampire version of Willow her confidence.)

Plus, seeing Willow vamp (pardon the pun) in “Doppelgangland” is the closest we’ve got to something resembling Jean’s transformation into the Black Queen at the Hellfire Club (in live action, anyway), which neither X-Men film even bother to attempt.

The problem with the two official live-action Dark Phoenix adaptations is that they’re both in such a rush to get to the part where Jean Grey turns into a crazy evil all-powerful firebird that threatens to destroy the world, that they either fail to understand that that’s only a small part of what makes the storyline so special or are constrained by the limits of cinematic storytelling and unable to tell the full story (we’re being very generous here with this latter interpretation).

So while we haven’t gotten the direct live-action X-Men telling of the story, we can at least be comforted that we’ve got an unofficial live-action adaptation that unwittingly does the story justice.

The views and opinions expressed in this article are the author’s and do not necessarily reflect those of SYFY WIRE, SYFY, or NBCUniversal.

6 Best Reactions To Will Smith Leaving As Deadshot

Star Wars Weekly: The hidden gems of Celebration and One Truth