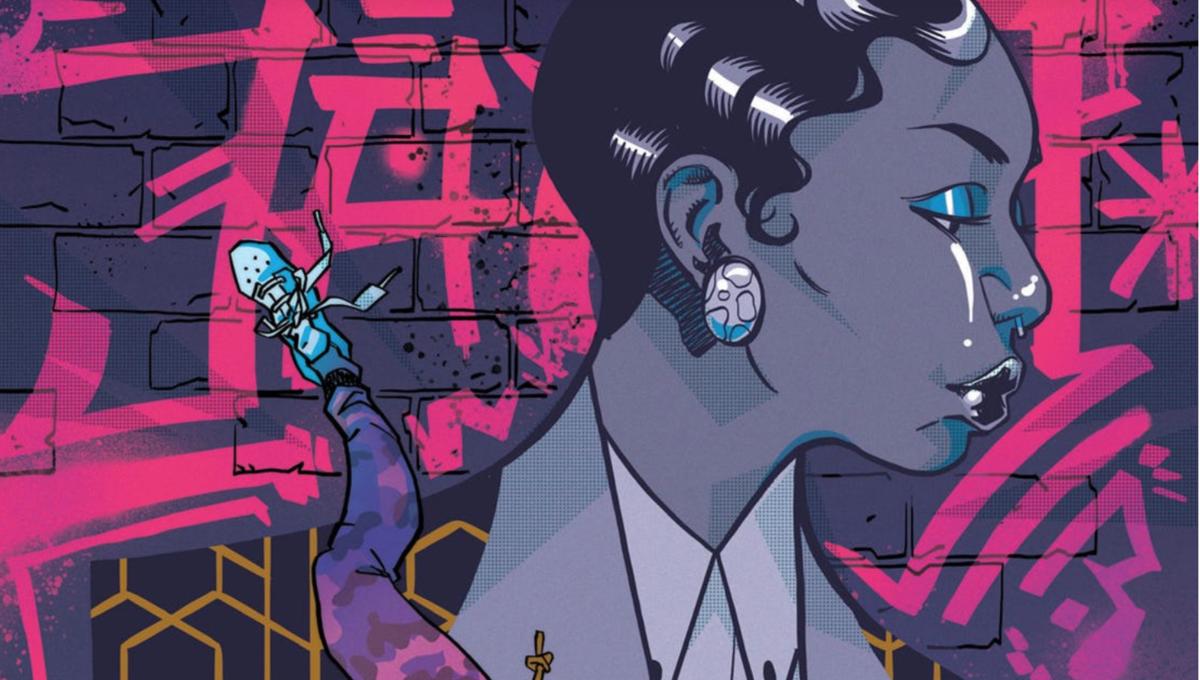 Brace yourself for a kinetic trip into the realm of superpowered heists when Aftershock Comics fires up the premiere issue of their new paranormal crime release on June 12.

Trust Fall is a trippy assault on your senses delivered by the creative team of writer Christopher Sebela (Crowded, Shanghai Red) and Chris Visions (Spider-Gwen, Constantine: The Hellblazer) as the pair reunites for the first time since Boom! Studios’ Dead Letters back in 2014 — and SYFY WIRE has scored an exclusive 9-page peek inside the series’ debut offering.

The plotline surrounds a young teleporter named Ash Parsons who was raised to believe she’s somebody special. To her greedy criminal relatives, these quirky genetic gifts allowing her to teleport objects brand her as the family’s most valuable asset. This ambitious crime clan finds themselves struggling to maintain control in a ruthless world and manipulate Ash by weaponizing her into their illegal activities.

But while Ash can lift out entire fleets of rare cars and reinforced bank vaults, she can’t teleport herself, making every heist a trust fall with her family there to escort her to safety. When Ash begins to rebel and push back against her exploitation and drug-induced captivity, her life becomes endangered by the same blood relatives she’s made filthy rich.

“The quick pitch is that Trust Fall is about a woman, Ash Parsons, who can teleport things, but not herself, who relies on her family to catch her at the end of every job,” says Sebela. “But she lives in an isolated bubble and has never been a part of the real world, all thanks to her family as well. See, Ash’s family is also a crime family and Ash is their golden goose that lets them steal things they could never dream of and elevate them up thru the echelons.”

“They tell her where to go, teach her a narrative about the world so that nothing she does seems like a crime and they drug her to keep her under their thumb when she’s not working,” he adds. “So when Ash begins to push back against this bubble, what she finds underneath it is not going to be pleasant for anyone involved. It’s both fast and brutal but with a beating heart in the middle of it all. We’re not just rolling out a neat concept and coasting on that, we’re trying to give all this stuff life, give things stakes, give you characters you can care about, root for or against.”

Now steal a glance at our 9-page preview for AfterShock Comics’ Trust Fall #1 in the full gallery below, then tell us if you’ll zap one into your monthly pull shelf when it drops June 12.

WATCH: Batman writers and artists on creating the perfect Bat-Villain

Masters of the Universe Movie Release Date Delayed to 2020