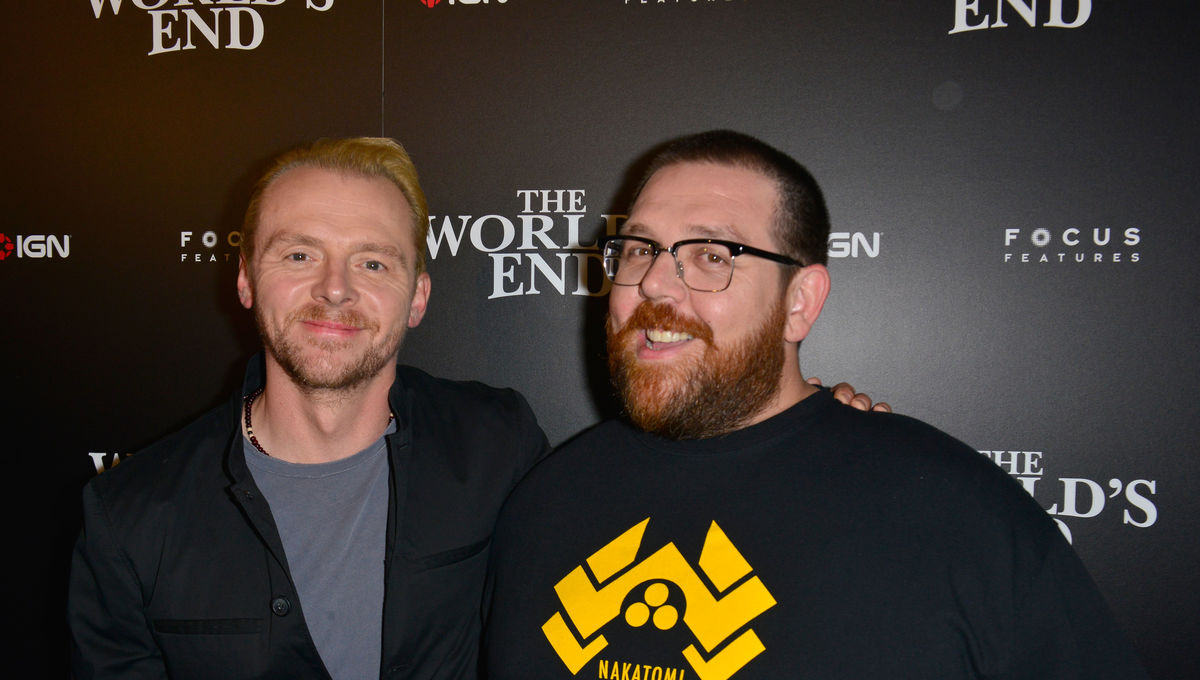 One of horror’s funniest (yes, funniest) teams are at it again and Marvel Comics is brewing something big in our latest WIRE Buzz.

First up, the writing/acting team of Simon Pegg and Nick Frost have sold a new horror movie pitch called Svalta to Orion Pictures.

According to Deadline, the story takes place on the title (fictional) island, a remote place in Sweden where a family on summer vacation discover that a serial killer is on the loose — with the locals uninterested in helping them escape.

Frost is writing the screenplay, while Pegg, Frost and their partner Miles Ketley will produce the film under their very busy Stolen Picture banner. No word yet on a director or cast, but we would bet good money that either Pegg or Frost or both show up onscreen as well.

This is a return in a way to their roots for Pegg and Frost, who collaborated together on Shaun of the Dead, Hot Fuzz and The World’s End with director Edgar Wright. Pegg has spent the last few years largely in blockbuster territory, with key roles in the Star Trek and Mission: Impossible franchises.

Marvel Comics has a new publishing event on the way, and it may involve our old friend Blade.

CBR.com reports that the House of Ideas has released several new images, including one featuring the veteran hybrid vampire hunter and the others highlighting Monica Rambeau, a.k.a. Spectrum, along with Young Avengers member Wiccan, Thor’s sister Angela and the Son of Satan, Daimon Hellstrom.

Jason Aaron, who currently pens Avengers and War of the Realms, has been building up to a large-scale event. The teaser on the promotional images featuring the line “No compromise, no mercy.”

Blade just battled Dracula and other bloodsuckers in a vampire civil war in the pages of Avengers — a team he joined last year — but has been mostly relegated to supporting roles in the comics. The new mystery event could be a turning point in his personal history (and perhaps even pave the way for an eventual return to the screen).

More information will be unveiled on Marvel.com‘s “The Pull List” series next Tuesday (June 11). Meanwhile, Aaron’s Avengers #20 (art by Eric McGuinness) goes on sale June 26 and might also point the way toward whatever Marvel is cooking up.

Blockers director Kay Cannon has been hired by Lionsgate to direct a new movie called 79ers, described as “Goonies for adults,” according to The Wrap.

The script follows a group of friends who have been estranged for 20 years but are drawn back together to finish a treasure hunt that they started when they were teenagers. The similarities to the cult classic The Goonies — about a band of misfit teens on a treasure hunt — is said to be intentional.

Lionsgate president Nathan Kahane acknowledged as much, saying, “Kay is wonderful at capturing characters in situational conflict and is the perfect choice for this re-engineered coming of age comedy. I hope when we are finished with this film it feels like Goonies for adults.”

The script by Ben Schwartz is currently being revised by Dylan Meyer. Producers behind the project include Seth Rogen and Evan Goldberg (Preacher), as well as Will Ferrell’s company, Gary Sanchez Productions.

Hey, if the picture is a hit, it might well kickstart the actual, long-awaited Goonies sequel…