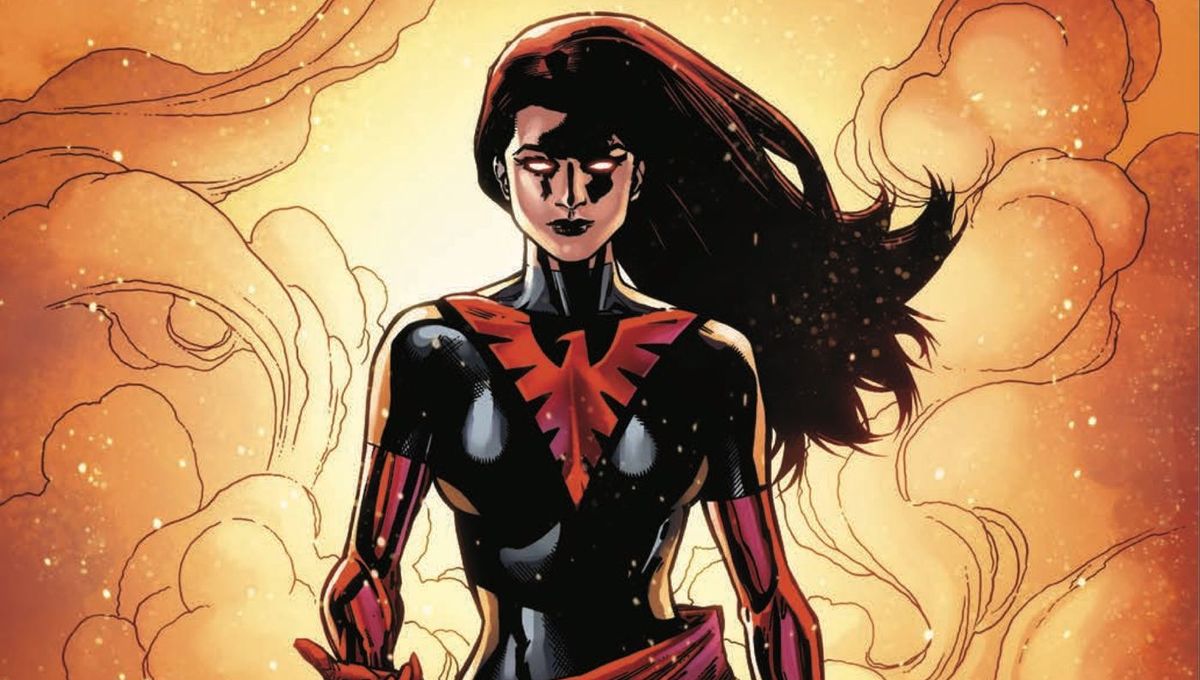 When Jean Grey is introduced in X-Men #1 all the way back in late 1963, she asks herself what kind of person she is going to be. The answer to that question doesn’t come to her immediately, yet it is true that from her relatively one-dimensional origins eventually sprang a complex personality full of nuance and empathy that has only grown more interesting as time has gone on. From the Phoenix Saga to X-Factor to Inferno to the X-Cutioner’s to Onslaught to New X-Men to Phoenix: Resurrection and countless alternate realities in between, Jean Grey has truly been beyond and back.

Still, many writers have struggled to define her. The complicated, fiercely compassionate Jean Grey has not always translated well to other mediums, and even in comics, Jean has been known to experience long dormant periods in which her persona is secondary to other characters. Yet her fanship has remained ever vigilant, because while she is not often cited as people’s favorite X-Man, a whole lot of folks relate to her in very specific and incredibly personal ways.

Also, it turns out that there’s a pretty solid queer allegory in Jean’s story. Though a parable about a straight character is not to be mistaken for actual queer representation, it is still worth noting that a lot of Jean Grey’s most avid advocates are LGBTQIA people. With Dark Phoenix on the way, we caught up with some Jean Grey megafans to talk about why she’s impactful for some queer readers.

Nola Pfau of Women Write About Comics
Anthony Oliveira of The Devil’s Party podcast, Marvel’s War of the Realms and The SHOUT OUT! Anthology
Ruben Love / Queer Xicano Chisme of the Bitter Brown Femmes Podcast

In The Beginning, There Was Metaphorphosis

Everyone has different stories of getting into comics, but for a lot of queer readers who found their way to the X-Men, discovering comics correlated with finding something in themselves that the mutant metaphor alluded to.

Ruben Love: I remember, the last two issues of the Phoenix Saga, Uncanny X-Men #136 and 137, were the first comics I bought. I found them at the only comic book shop in the hood. Comic shops are rare as it is, but in the hood, they do not exist. I remember walking in, and I saw the cover. I just thought it was so beautiful. I remember one was $40 and the other was $35, and I was just like, well, this is going to be worth it. It’s continued to impact me ever since.

Anthony Oliveira: As a queer dude, even before I knew that I was queer, I knew the X-Men was about me in a way that I didn’t quite understand why or how. I knew this group of people that had a secret about them, who knew it didn’t make them bad even though the whole world said it did, meant something. I grew up Catholic, in a very restrictive household. I knew the comics and the cartoon knew something about me that I couldn’t quite articulate. X-Men might have been what saved me as a kid. It gave me a vocabulary that I didn’t otherwise have.

Jean Grey spent most of her years with the original five X-Men pining over Cyclops, and… that’s about it. When writer Chris Claremont took over the book, one of the many changes he made to the team was the evolution of Jean Grey from an uncertain teenager into a scrappy spitfire who bossed Wolverine around and walked headlong into hopeless scenarios without fear.

As this new, more confident Jean Grey began her transformation to the terrible Dark Phoenix, she quickly lost control and caused sweeping damage, including wiping out an entire planet of people. Obviously, queer people don’t destroy billions of lives when they come out, so how do they relate to the transformation into the Phoenix?

Nola Pfau: For all that Dark Phoenix is considered a bad thing, it’s identifiable. Everybody feels like that, everybody wants to burn sometimes. When you’re a member of a queer audience, and you’re constantly having to mitigate responses and manage how you interact with the world and the people you surround yourself with because you have to be aware of who thinks what, and who says what, and who’s going to do what with those beliefs. When Jean gets sick of that stuff, she actually has the power to burn it away. In that respect, I think she’s aspirational because she has to have a lot of patience with the people around her, but she’s allowed to express that anger.

Ruben Love: She’s not entirely at odds with the Phoenix. If anything, Phoenix is at odds with people not letting her be it to the extent that she could be. You have to negotiate how to handle the Phoenix, and that’s a negotiation that visibly queer people have to have. We have to negotiate how visibly queer we are, for safety. Visibility without resources or protection just leads to harm. We understand we have this power and this right to be flamboyant and to make people uncomfortable but that power comes with repercussions. I think that Jean Grey embodies that in way that a lot of us can read between the lines. She embodies the “kill your queers” trope without being queer herself.

Anthony Oliveira: Jean herself is a queer figure in that she, more than any other character, is attempting to articulate who she is. The way she constantly splinters into other identities, whether it’s Jean Grey, the Phoenix, the Goblyn Queen, Madelyne Pryor… she tends to fractalize, she has trouble establishing who she is. It tends to be defined by the fact that she does have this radical empathy. Her great gift and her great burden. It’s was Jean of the first five X-Men that is in a state of real trauma when her powers manifest.

Ruben Love: Jean Grey is too much love, and too much care and that muchness scares people away in a way that queer and trans people can relate to. Jean is so much, and yet her sexuality is muted in the way that a lot of queer people have to because being queer is already too much. I understand why people are like, she becomes the Phoenix and she becomes more powerful and that reflects coming out, but unfortunately also the dangers of coming out, in that we become too much for people and they see nothing else to do but to murder us. That’s what happened with Jeannie.

Nola Pfau: As a kid, the reason I gravitated towards her is that she is easily the most powerful X-Men. And she was allowed to be that way, and she had these stories where she lost control and she has to die but she always comes back. There is an element to her that is inescapable. You don’t see that in other comics. You don’t see the girl be powerful. I always felt like she owned her power.

So, if Jean’s greatest strength is her tenderness and her honesty, then who are her enemies? Does she even have enemies?

Nola Pfau: It’s hard to say because I consider a nemesis somebody who is a hero’s equal and I don’t see anyone as Jean’s equal, except maybe Jean. Jason Wyngarde is obviously terrible. Cassandra Nova came close. Jean doesn’t have someone in the way that Xavier has Shadow King because her stories center on herself and her relationship with power, and she always forgives her enemies.

Ruben Love: I think Jean’s nemesis is Emma Frost. Emma Frost and Jean Grey are the polar opposites. Now they’re on the same side, but people forget that the Dark Phoenix only came about because Emma Frost got in her mind and made her forget who she was. No one has been able to beat Jean fair and square, but I think Emma was the person who got the closest to it. Despite Jean Grey being omnipotent, Emma’s coldness is able to cut where it hurts with Jean, with her loved ones and her emotions. Jean can’t control it, while Emma is in ultimate control of everything, even people. Even in their alternate shapes, Jean becomes fire and Emma becomes diamond.

Anthony Oliveira: To me, Emma is the flip side of Jean. What if someone knew what you were hiding, and judged you for it?

Ruben Love: I think in some ways, that’s why Jean can’t be more than an icon. She’s aspirational. We want to love and forgive to the extent that she does, but more often than not, we end up being Emma Frost, we end up being spiteful and bitter.

Jean’s Ultimate Nemesis Is… The Patriarchy?

We’ve established that Jean Grey has a whole lot of people that love and relate to her, so where do writers go wrong with her?

Nola Pfau: By a function of condensing the source material, Jean often gets reduced to her arc as Phoenix/Dark Phoenix, which is frustrating in its own right and lends itself to her being misunderstood by the almost exclusively (if not entirely) male creatives who end up handling her. In a way, it feels like Jean is made for queer people because it’s almost like she’s delivered to us in a way that requires our lived experiences in order to parse.

Anthony Oliveira: I’m struck by how Xavier had to cut her off from her power. There’s something of the patriarchal mutilation there. Becoming the Phoenix is when she comes out. As much as there is the familiar trope of the powerful woman losing her mind, the hysterical woman. The queer version of that is, what if someone has been manipulating you and keeping you from accessing your power? The end of the Captain Marvel movie is essentially the best version of the Phoenix Saga. You could unlock greater potential if you stopped being afraid of what happened. I’m fascinated and repelled. It is the oldest story of “once a month, women lose their minds!” But it also asks the question, what would happen if you stopped listening to the Charles Xaviers of the world?

Ruben Love: I think her arc, in general, reflects the way that comic book writers have treated women historically because men don’t know what to do with powerful women but make them go “crazy” or kill them off. After her, the Invisible Woman and Malice, Scarlet Witch and The House of M… I think white womanhood is the closest they can get to understanding marginalization, and still, they can’t think of anything better to do than to kill them off at the end.

Why The X-Men Comics Are Going Back To The ’90s

10 Lies We All Believed About SpongeBob Squarepants