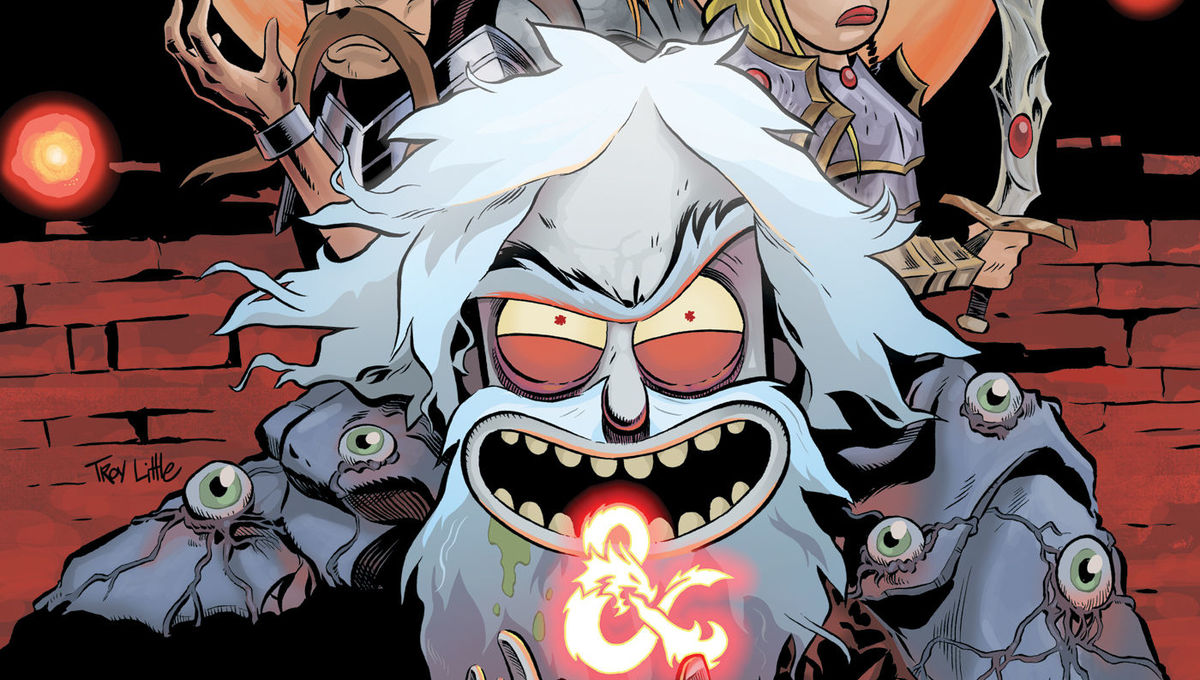 Fans of Dan Harmon and Justin Roiland’s Adult Swim cult-hit, Rick and Morty, know that “experience is pain!” Now, once again, they’re bringing the pain of Dungeons & Dragons to Rick, Morty, and the Smith family in Rick and Morty vs. Dungeons & Dragons II: Painscape, a four-issue miniseries sequel to the popular comic book crossover. And SYFY WIRE has your exclusive drop date and reveal of the main cover art for the upcoming series!

Jim Zub is writing the series, which is an homage to the Dungeon of the Mad Mage Map Pack. He’s reunited with Eisner-nominated artist Troy Little (Fear and Loathing in Las Vegas) returning to do interior art and covers. Variant covers are by Zub and Sarah Stern. The miniseries, co-published by Oni Press and IDW, will be released on Sept. 18. The first volume is currently available on trade paperback.

“Rick made a lot of failed characters back in 1st Edition, and in all the infinite dimensions and multiverses out there, the characters exist, and they’re very angry at him,” Zub teased while initially announcing the sequel as a guest on the D&D Live 2019: The Descent streaming event. “Last time they went to Faerun and went through five editions of D&D, this time D&D is coming to Earth and it’s not taking any prisoners.”

The Rick and Morty empire continues to expand with the highly anticipated fourth season, due out this November on Adult Swim. And there’s an additional order of 70 episodes in the works! Meanwhile, Oni’s ongoing Rick and Morty series, by Kyle Starks and Marc Ellerby, hits the landmark 50th issue today.

WATCH C2E2: Marv Wolfman on writing for Superman and his favorite Crisis story