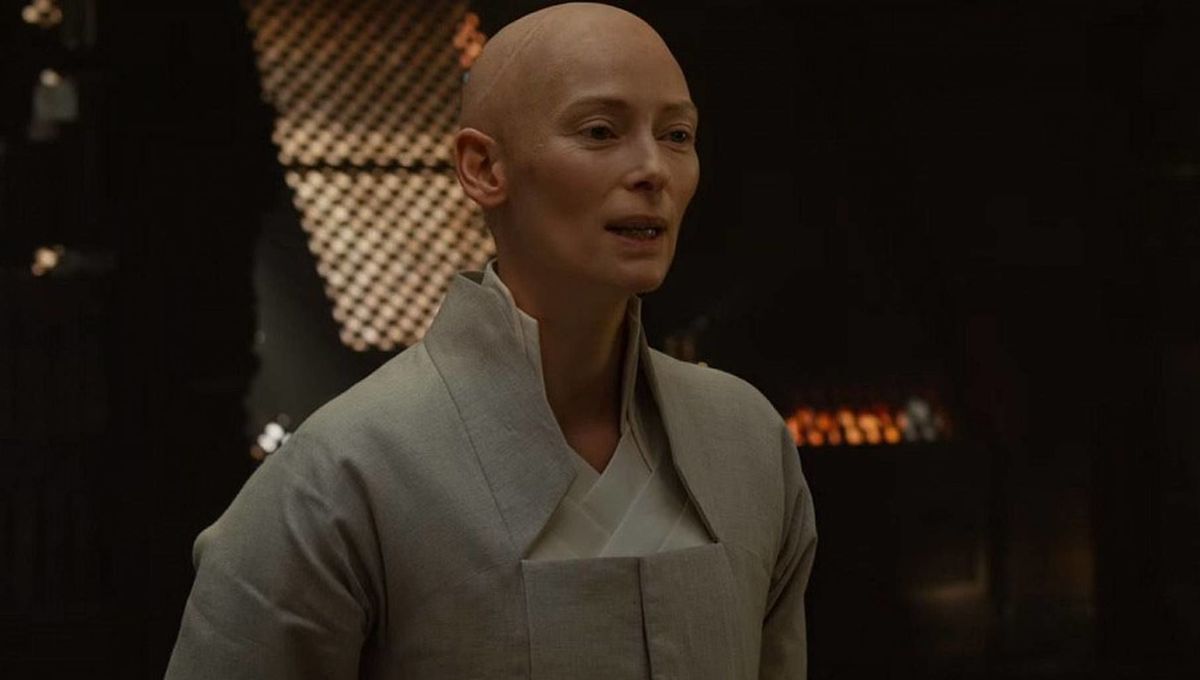 One of the great surprises of Avengers: Endgame was the number of unexpected cameos in the movie, including one from the great Tilda Swinton as the Ancient One, the one-time Sorcerer Supreme who tutored Dr. Stephen Strange in the mystic arts before leaving this mortal coil behind in 2016’s Doctor Strange.

The Ancient One shows up in Endgame when a squad of Avengers head back in time to New York City in 2012 after deducing that three of the Infinity Stones are all there. Bruce Banner/Hulk (Mark Ruffalo) is tasked with obtaining the Time Stone, but when he arrives at the Sanctum Sanctorum, he’s too early to meet Strange — who’s not yet a sorcerer — but instead comes across the Ancient One, who is understandably reluctant to hand over the Time Stone for fear of how it may alter reality.

Swinton told IndieWire this week that being asked to return to the Marvel Cinematic Universe was a “surprise” and a “pleasure,” but added, “What was a real surprise was, we shot it one summer day, and then over a year later, I went back to reshoot it because a couple of lines had been changed, a couple of plot points had been changed. And there was a tweaking of my costume.”

When asked to delve further into what exactly was changed, Swinton revealed that the changes were “all about that very, very important” moment when the Ancient One shows Banner — by way of a snazzy little visual effect — how removing an Infinity Stone from the timeline would alter that timeline, creating an entirely new reality unless it was put back.

Swinton added that the changes were tied directly to the idea espoused in the film that going back into the past doesn’t change that timeline — thus altering the future — but creates a parallel universe instead.

The actress went on to call the experience “amazing, and a whole other world of filmmaking,” adding, “But, boy, was it worth it. They tweaked it into something extraordinary.”

Two interesting thoughts emerge from this: first, that perhaps the plot of Avengers: Endgame evolved as the film was developed, straying away from standard time travel tropes into something headier (which also sets up the idea of multiverses that seems to be coming into play in the MCU). And second, one has to (pardon the pun) marvel at the incredible devotion to detail and planning that led directors Anthony and Joe Russo to reshoot one small but crucial scene a full year after first getting it in the can.

Avengers: Endgame is still playing in thousands of theaters if you want to catch Tilda’s scene one more time.

10 Characters The Walking Dead Wants Us To Forget