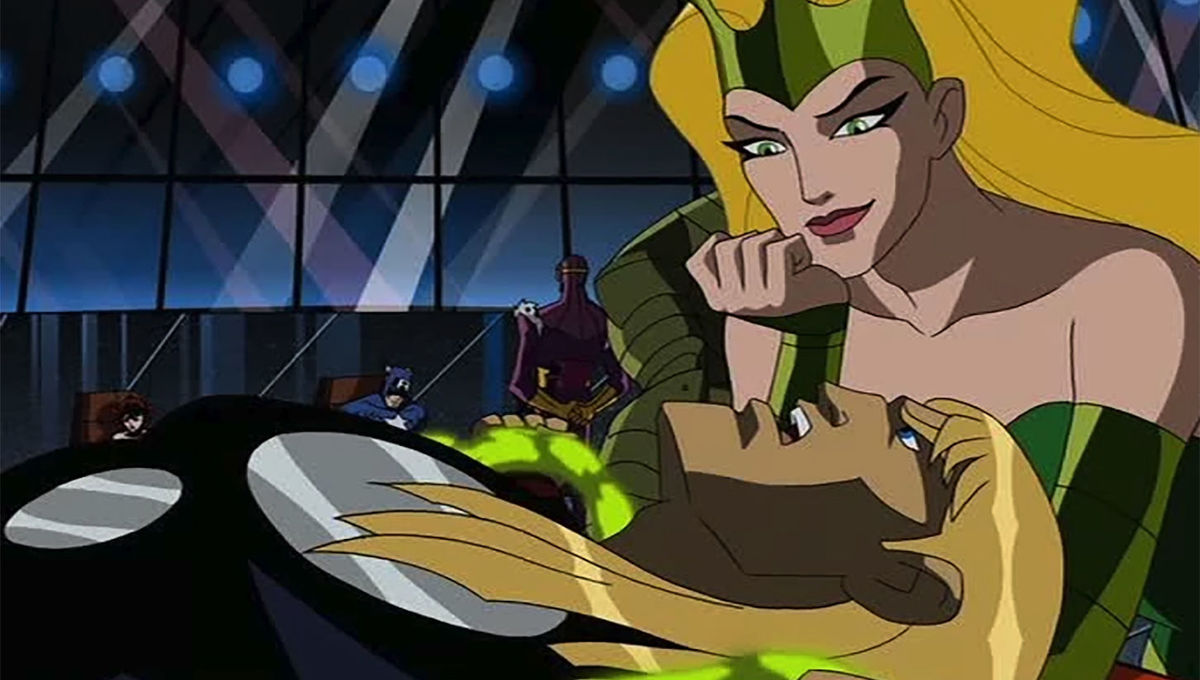 Amora the Enchantress first showed up way back in Journey Into Mystery #103 (1964), and she’s been punking most of the Marvel Universe ever since. Amora arrived on the scene to assist Loki in taking Thor down, and their inevitable failure kicked off a long and storied career for her as a bae with a dark side. As one of mainstream comics’ few female characters fully in control of her own sexual agency, and one of the Thor series’ most sympathetic villains, Amora hasn’t always been written perfectly, but she’s definitely always been an object of our affections. Being bae is quite literally her superpower.

Unlike most of the Asgardians, Amora isn’t based in Norse mythology. While there is a Thor, a Loki, and an Odin, there is no Enchantress. If anything, she seems to be based more on Aphrodite from Greek mythology, a jealous and vindictive god known for getting competitive with mortals and interfering in people’s lives out of lack of something better to do. Using Asgardian wizardry to mess with people’s heads > Netflix.

So, while many of the Asgardians have canonical familial ties, we know next to nothing about Amora’s background. Initially, she trained with Karnilla — the villainous Sorcerer Queen of the Norns — but Karnilla pushed her out after she decided, among other things, that Amora didn’t take her training seriously enough. It is then implied that Amora gained her knowledge of magic mostly through the seduction of powerful magicians, but if she was powerful enough to seduce near-omnipotent Asgardian wizards, let’s face it, she was already pretty good at her job.

From her very first appearance, Amora pursued Thor for a variety of reasons, but the main ones are very simple: One he’s pretty, and two, the potential social status a relationship with him would grant her was too good to resist. What this specifically implies about how the class system works in Asgard has been seldom recognized, but the theme is touched on in Thor’s interactions with Loki, who has consistently been treated as an outsider due to his heritage. The sympathy extended Loki has not been granted Amora overall, but they are indeed victims of the same system. This might be why Loki has been one of her most successful, longest-lasting partnerships. Both have been villainized from the beginning for things that weren’t necessarily their faults. Also, both are hyper-intelligent, great at lying, and have complicated feelings towards Thor. Join the club!

Still, there have been times when Amora and Thor saw eye to eye. Perhaps the most successful portrayal of a relationship between the two was in the mid-’90s when they became roommates-with-benefits in New York. Thor was mourning one of his great loves while Amora was at a loss as to what her role in the universe was even supposed to be. This was a pair of sadsack, directionless, Friends-watching, Gen X gods that we could really get behind, so it was a bummer when Heroes Reborn came along in 1996 and threw the whole thing off the rails. Still, there was this very short time period where Thor and Amora came to a real understanding with one another. Also, we’re guessing that they spent a lot of time trying to figure out who had better hair. The answer is… both. Look at all this ’90s glory.

As weird as her dynamics with men tend to be, Amora’s relationships with other women are truly bizarre. One of her most prominent early appearances came in Avengers #83, wherein she took on the form of Valkyrie to infiltrate the Avengers and intellectually seduce the female members of the group to instead join the random new team she just now came up with called the Lady Liberators. She points out the rampant sexism of the male Avengers and convinces the others that their treatment is unjust. Also, that rather than having any kind of civilized discussion about the matter they must immediately physically fight the men. For equality!

Sure, this all sounds great, but she kind of descends into a misandrist rant before bouncing on her girls for greener pastures — which is the part where she is less a feminist dreambae and more a raging jerk. Still, Amora waving her fists in the air with her eyes wild, pretty much just yelling “I hate all the men!” is fairly relatable, even if it’s not her (or our) proudest moment (we can’t go back to that bar ever again). While the story is reductionist in its views on feminism, Amora as the villain somehow manages to elevate a lot of it into a genuinely valid criticism of machismo in the Avengers’ ranks. After all, not long after she leaves, Clint Barton (in a crop top) yells about how Women’s Lib is “bull!”  Frankly, Clint was helping to foster a hostile work environment, and that is what opened the door to the whole situation. Even Wasp and the Scarlet Witch have to admit that Amora made some pretty good points by the time the issue wraps.

Besides being Thor’s antagonist, Amora is also a nemesis to Valkyrie, who she has tricked many times. In the beginning, she attempted to enlist Valkyrie to help overthrow Odin, and when that didn’t work out, she just lowkey left her trapped in a crystal for centuries. Amora, no! In Defenders #4, Valkyrie awakens and joins the team to fight against the Enchantress, who happily boasts that she has won the day as she zips back to Asgard, leaving a trail of destruction in her wake. Valkyrie’s hatred of the Enchantress is valid, considering Amora just openly and repeatedly betrays her. It’s a real “Charlie Brown and the football” situation between those two. Long story short, Amora might not be the best role model most of the time. That said, her telling everyone off and leaving the fight once she gets bored is still pretty iconic.

Amora’s sister Lorelei made her first appearance in Thor #337 (1984) as a foil for both Thor and Amora. Lorelei almost immediately succeeded in seducing Thor at Loki’s behest, which obviously infuriated the Enchantress. This particular tale ended much the same as any old Loki story would, with Thor breaking free of the manipulation and Loki bouncing, but Amora stayed mad about it. Only when Lorelei (temporarily) died in her arms did the Enchantress realize that Lorelei meant more to her than she knew. Late in the game in Journey Into Mystery, Amora apologizes to Lorelei for setting a bad example and not being a good sister to her. They come to a deeper understanding, though they still revert to mostly pointless bickering pretty regularly. In the end, Lorelei is pretty much the Loki to Amora’s Thor.

Amora sure is a complicated woman. Throughout decades of comics continuity, her singular delight has more or less always been to get under people’s skin and ruin their lives for sport. Written to be manipulative, seductive, and shallow, she is a character that was created by men to be the embodiment of what they felt were the very worst aspects of women.

Yet, Amora has spent a good forty-five years teetering on the verge of making some salient points — not only regarding the role she was given among gods, but also about how women who dare to be open about their sexuality are treated on Asgard and Earth. Amora might not always be the most sympathetic character, but she’s definitely an interesting one. She once challenged Dazzler to a singing competition and then just blasted her way out through a wall when she lost. She seduced the Black Knight, then beat him in battle and ditched him. Heck, she even tried to disrupt the marriage of Sue Storm and Reed Richards just for kicks.

In the end, maybe Amora’s real nemesis isn’t so much Thor as it is heteronormative behavior on the whole. Her real ire comes from the women and men who fulfill antiquated power dynamics more than anything else. Despite her flaws, there is no question that Amora is always proud and in control, and for this reason and many more, we have to stan.