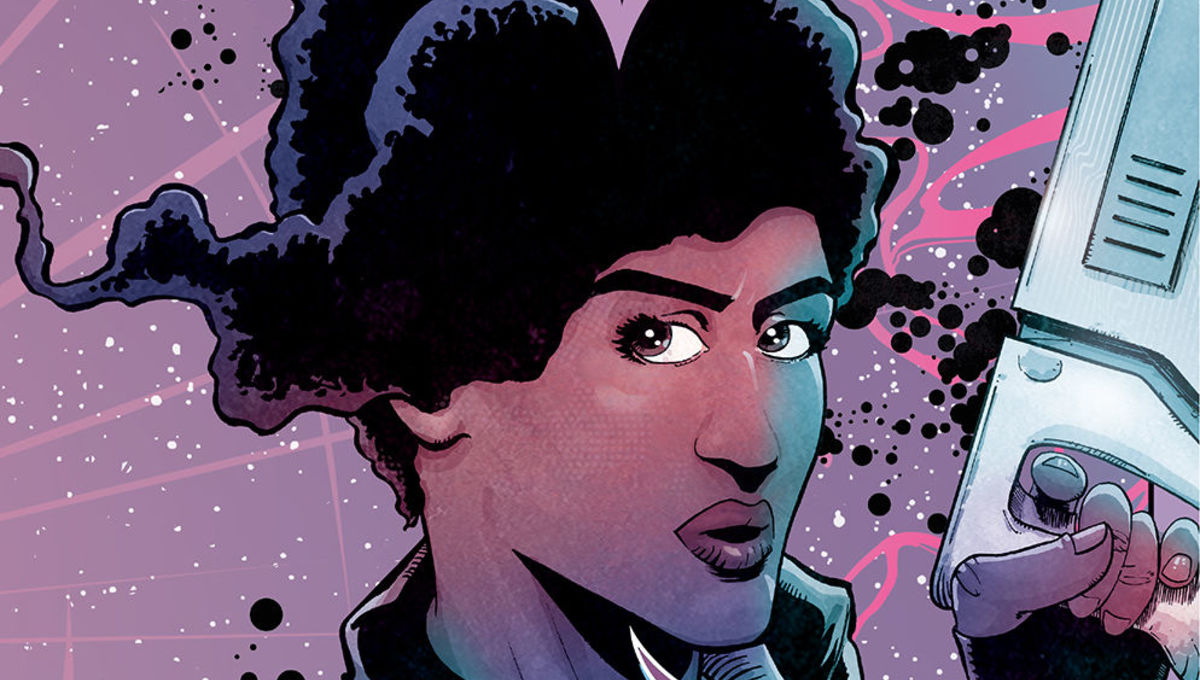 SYFY is going back to space with Vagrant Queen.

The Vault Comics book from writer Magdalene Visaggio and artist Jason Smith is getting a full live-action adaptation of the operatic star-hopping series.

According to Deadline, the show — which boasts an all-female team of writers and directors led by showrunner/creator Jem Garrard — will get a 10-episode first season focused on Elida, an ex-child queen on the run from a new government seeking to eradicate her and her royal bloodline.

Adriyan Rae will play Elida while Tim Rozon will portray her longtime friend Isaac. Both are on the run from another character from Elida’s past: the villainous Commander Lazaro (Paul du Toit). Along the way, expect plenty of comic adventures, new friends, and engrossing mysteries.

Is Elida truly the last of her line…or is her mother Xevelyn still out there somewhere among the stars? Fans need complex, political space dramas, and that’s what Vagrant Queen promises.

The writing team includes Mika Collins and Mariko Tamaki, while the director slate has so far confirmed that both Garrard and Danishka Esterhazy will helm episodes.

The Cape Town production of Vagrant Queen will start filming in July, aiming for a 2020 premiere.

The 10 Best Gifts That Every Firefly Fan Wants