China’s mission to the far side of the moon has gone dormant for its fifth, frigid lunar night.

The moon’s surface experiences day and night, just as Earth’s does. There is no consistent ”dark side,” as popular culture sometimes terms it; instead, the moon experiences a whole day that lasts 28 Earth days. (However, there is indeed a far side, which Chang’e-4 is exploring and which always faces away from Earth.)

Chang’e-4 reached the moon almost at the start of the year, on Jan. 2. The fifth month of the calendar year, May, is therefore the fifth lunar day that the mission has been active. And with its fifth lunar night, the spacecraft must shut down. ”The Chang’e-4 probe switches to dormant mode during lunar night due to lack of solar power,” according to Chinese state media agency Xinhua.

Related: Chang’e-4 in Pictures: China’s Mission to the Moon’s Far Side

This historic mission is the first to successfully perform a soft landing on the moon’s far side. Chang’e-4 is exploring Von Kármán Crater, a 115-mile-wide (186 kilometers) lunar feature that could reveal clues about the moon’s interior and history. The crater is located on the moon’s South Pole-Aitken basin, a region whose formation might have been affected by the compositional and thermal evolution of the lunar far side.

The Chang’e-4 lunar probe and its Yutu-2 rover are in dormant mode as of Saturday (May 11), according to Xinhua. The mission is led by the China Lunar Exploration Program.

The Yutu-2 mission was designed to last for three lunar days, but the mission is stretching out longer than planned, much like certain NASA rover missions on Mars. For instance, NASA’s Opportunity surpassed the 90 days of its original mandate  and operated for over 14 years on the Red Planet.

China’s robots will withstand two weeks of frigid lunar night before they reawaken to a new day of investigations.

The Yutu-2 rover has driven about 626 feet (191 meters) on the far side of the moon thus far, according to Xinhua. And the mission is also providing information about this enigmatic region, via Chang’e-4’s Visible and Near-Infrared Imaging Spectrometer (VNIS), Panoramic Camera (PCam), and Lunar Penetrating Radar (LPR) instruments. 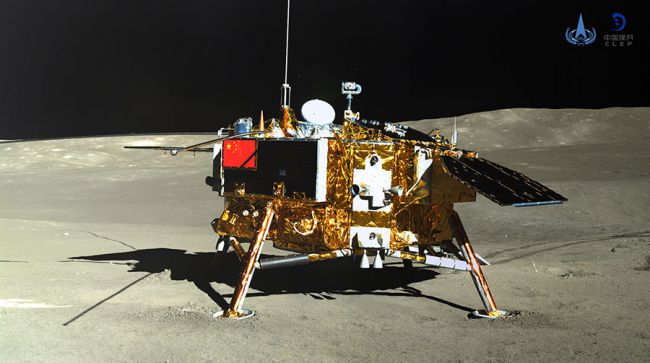 ‘Canada is going to the moon’: Trudeau announces Canada will join the international Lunar space project – The Globe and Mail