History was supposed to be made Friday with the first all-female spacewalk at the International Space Station. On Monday, NASA announced it was scrapping that plan because it didn’t have enough space suits designed for smaller frames that typically characterise the female body.

To be clear, the number of medium-size spacesuits needed was two. NASA clarified that it had two on board, but only one was in a “readily usable configuration.” It is easier to swap out astronauts than to configure spacesuits, NASA said, so that’s the decision that was made – ignoring how excited land-dwellers may have been about the spacewalk’s significance.

As this Women’s History Month wanes, a 2018 tweet from the NASA History Office has reorbited, indicating that the agency has historically had some other issues with the whole women-in-space thing.

Kathryn Sullivan became the first female astronaut to go on a spacewalk, on October 11, 1984.

In 1981, someone asked Sullivan how she reacted to the news that she would be trained to become an astronaut. Her response: “I was in the middle of writing a PhD thesis.”

Quantities appear to be a recurring issue when it comes to women in space. In addition to too few suits, NASA officials wanted to send Sally Ride to space with too many tampons. In a profile of Ride in The American Prospect, Ann Friedman wrote:

“Tampons were packed with their strings connecting them, like a strip of sausages, so they wouldn’t float away. Engineers asked Ride, ‘Is 100 the right number?’ She would be in space for a week. ‘That would not be the right number,’ she told them.”

Women generally use about 20 tampons per menstrual cycle.

And when Ride disembarked with the rest of her crew after her first space flight, the NASA protocol office presented her with a bouquet of flowers. She refused to accept them.

The media also treated female astronauts differently than their male counterparts. The Globe referred to the six women in the astronaut class of 1978 as “the Glamornauts” and “eye-popping space gals.” Astronaut Shannon Lucid was repeatedly asked how her children were coping with her decision to go into space, and Ride was asked whether she would cry, according to historian Amy Foster in her book “Integrating Women Into the Astronaut Corps: Politics and Logistics at NASA.”

Male astronauts can thank women for joining them in space for at least one particular reason. It meant the installation of the first toilets onboard spacecraft. Previously, men relieved themselves into plastic bags. “The Shuttle contractors made it a priority to design a toilet that would work well for all astronauts,” Foster wrote.

Would that it were the same for “readily usable” spacesuits. 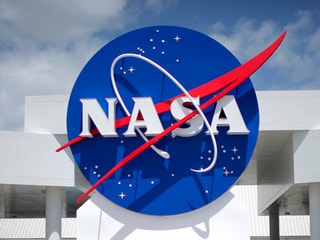 The 88 Constellations and their brightest stars