Media Molecule, the developer behind titles like LittleBigPlanet and Tearaway, has made a major announcement regarding its upcoming project titled Dreams. The game, which was originally announced at Sony’s E3 2015 conference, will finally be up for early access starting April 16. The early access slots for Media Molecule’s upcoming PS4 title – which has been described as an open world game where players can create their own levels and interact with the creation of fellow gamers – are aimed at creators who can collaborate with the devs to further refine the experience before the game’s official release.

In an official blog post, the Media Molecule’s Studio Director Siobhan Reddy revealed that Dreams early access kicks off on April 16 and can be purchased from the PlayStation Store. However, there is currently no way to get in on the access the early program via the pre-order channel, although interested parties can sign up for the updates. As for those who pay for the early access, they will get the full version of the game upon its release. Moreover, the progress made by players in the early access phase will carry over to the game’s full version.

The early access won’t include all the in-game elements set to arrive with the final release, including the main story quest. For those interested in trying out Dreams, the early access price has been set at $21.99 (around Rs. 2,100). Pricing in other regions is set at GBP 24.99, EUR 29.99, and CAD 39.99. At the moment, Sony hasn’t listed Dreams for sale on the India PS Store. However, it should be around Rs. 1,999 considering that other games in the $30/EUR 30 brackets like PlayerUnknown’s Battlegrounds occupied the same price. That said, Gadgets 360 has got in touch with the company and will update this story with a confirmed India price if we hear from it.

The PEGI 12-rated game will be available for early access in “the US, Canada, Australia, New Zealand and all European territories”. As for the slots available for Dream early access, Media Molecule has not specified the number, aside from just vaguely describing that the slot limit is “big”. Moreover, Dreams VR won’t be offered as part of Dreams early access program, however, the studio has assured that it is certainly in the pipeline.

Dreams early access will initially have support for English, German, French, Spanish, and Italian, with plans to add more languages in the foreseeable future. Announced back in June 2015, Dreams is one of the most ambitious projects from Media Molecules and generated quite a buzz with its premise. In case you are wondering about the game’s final release date, Media Molecule is tight-lipped on that and hasn’t provided a concrete timeline as to when that will happen. 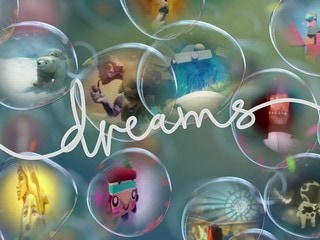 Borderlands 3 Is An Epic Games Store Exclusive, Releases This September

What in the Hell Was Google Wave Trying to Be Anyway?