A new update to Minecraft has removed references pertaining to its creator Markus ‘Notch’ Persson. Mojang, the Microsoft-owned studio behind the game has removed text such as “Made by Notch!” and “The Work of Notch!” alongside adding some new quotes to the splash screen such as “Don’t worry, be happy!” and “Go to the dentist”. These changes were a part of the latest Minecraft Java snapshot release 19w13a which added the Hero of the Village status effect and an accessibility button to the title screen. While this Minecraft update’s patch notes claim to fix 22 bugs, there’s no mention made or reason given for the removal of references to Notch.

This was further confirmed thanks to the Minecraft wiki which now lists the removal of “Made by Notch!” and “The Work of Notch!” in the March 27 snapshot. Though he is still listed as the game’s creator in its credits.

While neither Mojang or Microsoft has commented on this, it’s not too hard to understand why this may have been done. After selling Mojang to Microsoft for $2.5 billion, Notch has routinely courted controversy, from endorsing the much derided QAnon conspiracy theory to debating the definition of gender, using the word “feminist” as an insult, claiming that “mansplaining is a sexist term designed to silence men via gender shaming”, and making a host of anti-semitic statements too.

Minecraft, which lets users build in and explore a Lego-like virtual multiplayer world, has been downloaded over 100 million times on PC alone since its launch in 2009. It is one of the most popular online game on Xbox One, and one of the top paid apps for Apple’s iOS and Google’s Android operating system in the US. 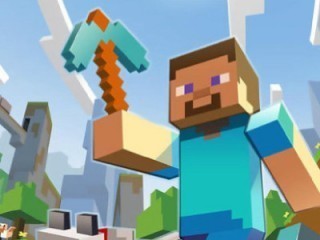 Tags: Gaming, Markus Persson, Minecraft, Not as good as it used to be, Notch, Update