Earlier this week, Huawei unveiled the P30 and P30 Pro in Paris, and now the company confirms that its other successful Mate series’ next-gen phones are already in testing. The Huawei Mate 30 series is already in its testing phase, and should be launched in September or October this year. This announcement was made by a Huawei official at its Malaysia event recently. To recall, the predecessors Mate 20 and Mate 20 Pro were launched in October last year, so the September-October timeline for the Mate 30 series seems ideal.

A Huawei official was speaking to reporters at a Malaysia event when he announced plans for the Mate 30 series. While answering questions of the media, the official said that the Mate 30 series was already in its testing phase. He said that the phones should launch in September or October, as it takes around that much time for the phone to be tested. The video was posted by Malaysian technology channel Amanz. You can watch it below.

So far, there is very little that has been leaked of the Mate 30 or the Mate 30 Pro, as the launch is still far away. However, a recent patent did suggest that the Pro variant may sport a penta-lens camera setup.

In a newly filed patent application at the China National Intellectual Property Administration by Huawei for a smartphone case, an upcoming device – thought to be the Huawei Mate 20 Pro successor – is expected to sport a penta-lens camera setup. The Nokia 9, released at MWC, also sports a penta-lens camera setup at the back, and the Huawei Mate 30 Pro looks to give some competition to HMD Global. 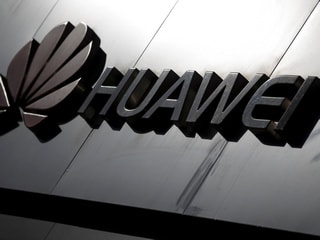