The PlayStation 5, PS5, or whatever Sony decides to call its PS4 successor may have games that allow for play across devices via the cloud. Furthermore, PS5 games may let players trade in-game items. Patents for these features were filed by Sony and were recently discovered by eagle-eyed members of popular gaming forum, ResetEra. Titled ‘Cloud gaming device handover’ and ‘Tangible tradable collectibles having a digital copy’ respectively, they don’t mention the PS5 explicitly, but given that they were filed in 2016 and 2015, they could be baked right in to Sony’s next console.

Considering the patent for in-game item trades references the likes of Nintendo’s amiibo, it could incorporate a toys to life element to unlock digital assets. That said, the patent filer worked on a host of Sony games like Helldivers around the time of this patent application. It is possible that this could have been a scrapped feature for that game.

Previously it was rumoured that the PS5 will be backwards compatible with older PlayStation games if a patent filing from the company is to be believed. What this means is, the PS5 could possibly work with PS4, PS3, PS2, and PS1 games. It’s an interesting move from Sony if it gets implemented as it could spell the end of remasters or re-releases that this generation of consoles is notorious for. It possibly hints that Sony is confident of the first-party games and exclusives we’ll see on the PS5 too.

According to a post from Japanese blog Hokanko-Alt (translated from Reddit via ResetEra), PS4 architect Mark Cerny is the author of the patent and it is a “a system to be applied in a future machine, PS5, and that allows the CPU of the new console to be able to ‘interpret’ the central unit of the previous machines.”

“The aim is to make the applications designed for the previous consoles (legacy device) run perfectly on the most powerful hardware, and is focused on eliminating the synchronisation errors between the new consoles and the behaviour of the previous ones (PS4, PS3, PS2 and PSX),” the post reads. “For example, if the CPU of the new console is faster than the previous one, data could be overwritten prematurely, even if they were still being used by another component.”

This follows noted analyst Daniel Ahmad stating that Sony’s first-party studios such as Sony Santa Monica and Polyphony are already working on PS5 hardware, lending credence to a possible 2020 launch.

Previously, PS5 specifications were leaked, if true, it could be a welcome step up from the PS4 Pro. Though if history is any indication, Sony’s best innovations would be with the games. 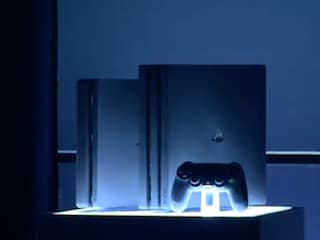