Apple’s ‘Show Time’ event is scheduled to be held at the Steve Jobs Theater in Cupertino, California, starting at 10.30pm IST. Gadgets 360 is attending the event, so we’ll be bringing you live updates from Cupertino as and when things are announced. Apple is expected to reveal several services at this event, though hardware announcements are unlikely, because the company announced several new products last week. This event is most likely going to be all about Apple’s subscription video service that is likely to compete with Netflix and Amazon’s Prime Video. Based on rumours, Apple could also launch a new subscription service for the Apple News app and perhaps even a subscription service for games on iPhone and iPad. None of these detailed are confirmed at the moment, but we’ll know more once the event begins. Here’s how to watch Apple’s March ‘Show Time’ streaming service launch event live online.

Apple could launch its video streaming service at $9.99 (roughly Rs. 700) per month in the US. Some of the speculation around Apple’s ‘Show Time’ event points towards some Marvel Cinematic Universe content being available on Apple’s upcoming video streaming service. We may also learn more about tie-ups that Apple has with other services such as HBO, Showtime, and Starz (all three probably restricted to the US). Netflix has confirmed that it will not integrate with Apple’s video streaming service.

The rumour mill has also indicated that Apple could offer some kind of a subscription bundle for all of its services. This means that we might see Apple Music, the streaming video service, and Apple News available for a single discounted price. There has been no indication on if or when the news or video streaming services will launch in India. It’s also unknown at the moment whether Apple’s video streaming service will be available on non-Apple platforms such as Windows or Android.

There have been some rumours about a video game subscription service as well. There’s not much information on that front, except that Apple could offer a bunch of paid iPhone and iPad games as part of the subscription service and that the company might overlook free games that rely on in-app purchases for this service. It remains unclear whether this service will launch at the ‘Show Time’ event and if it does, whether it will make it to India. All of this is likely to be cleared up at Apple’s ‘Show Time’ event, and we’ll share live updates from 10.30pm IST onwards. 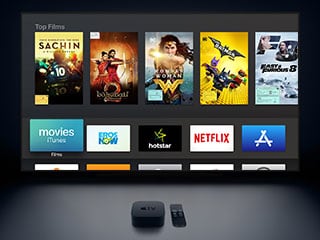 Everything We Know About Thanos’ Role In Avengers: Endgame