Last fall, Howard Gordon, showrunner for the hit TV show “24” and co-creator of “Homeland,” was in the middle of negotiating a deal with a newcomer to Hollywood: Apple. In a meeting with film executives from the iPhone maker, which had set aside an enormous budget to develop TV shows and movies, Gordon brought up rumors that Apple wanted sanitized projects – a potential problem for his show about a pair of disillusioned military veterans who go on a killing spree.

Would Apple buy the project, an adaptation of an Israeli show called “Nevelot,” which translates directly to “Bastards,” only to strip it of any violence and adult themes? “They were fairly adamant that it would not be a problem,” Gordon said in an interview. “I said, ‘Can you say that again into the microphone,'” Gordon said. He sold the show, which stars Richard Gere, to Apple in the fall and it is in early development.

After initially faltering, Apple plans to launch its much-anticipated streaming service Monday, which includes big-name actors such as Jennifer Aniston and Reese Witherspoon. It represents a tectonic shift in Apple’s business model: Diversifying from hardware such as iPhones and MacBooks and diving headfirst into subscription businesses like cloud storage, music, movies and television. It is also expected to launch a news subscription service Monday featuring publications such as The Wall Street Journal. (The Washington Post and the New York Times turned down Apple’s offer to take part in the subscription offering, according to people briefed on the plans. The Journal, The Times and The Post declined to comment.) The New York Times first reported The Wall Street Journal’s participation.

But in Hollywood, Apple must hone its identity and reputation in an entertainment market crowded with competitors, from Netflix and Hulu to HBO and Disney. It’s using its deep pockets to buy itself a name in Hollywood. Apple is paying Witherspoon and Aniston about $1.1 million an episode each, according to a Hollywood executive with knowledge of Apple’s plans. Apple has nabbed other high-priced stars, such as Rob McElhenney and Charlie Day of “It’s Always Sunny in Philadelphia,” who will headline a new Apple show about video game developers. Loup Ventures analyst Gene Munster projected Apple would be spending $4.2 billion a year on original content by 2022.

And it must decide if it wants to make its content available only on its own devices – an incentive to remain in the Apple ecosystem if the content is compelling enough – or license its programming outside of its own streaming service to attract a wider audience. Apple has made its Apple Music service available on Amazon Echo devices and plans to make iTunes content available on televisions made by Samsung and others.

Apple has been trying to shed the notion that it is different because it hails from Silicon Valley. Hollywood is programmed to be skeptical of outsiders who don’t understand the intricacies of filmmaking. Following some criticism for early original programming shown on its Apple Music app, Apple hired a team of Hollywood insiders known for popular and critically acclaimed shows and movies, which helped bolster its credibility.

But in many ways, Apple’s road to success has been smoothed significantly by companies like Amazon and Netflix, which have made online streaming services a perfectly acceptable form of distribution, even for Hollywood’s most high-minded artists.

Still, Apple has no Hollywood track record, and people who have inked deals with the company described the decision as a leap of faith in Apple’s ability to execute on its plans and deliver big audiences. Film and television creators say even they don’t know whether Apple’s streaming service will be available to everyone or just those who own Apple products.

“Apple is the only company in the world that can drop a couple million dollars in entertainment and get Reese Witherspoon and M. Night Shyamalan on board without any articulation of a plan in terms of marketing or distribution,” said one well-connected Hollywood executive, who spoke on the condition of anonymity so as not to upset Apple.

“Whatever it’s going to be, it’s going to be interesting and I guess it was worth the uncertainty,” said Gordon. “They’re taking a leap of faith, too. They made a strong offer without a script. There’s a certain amount of good faith or breath-holding that both of us are doing.”

So far, Apple is proving willing to produce shows that are “edgy” and that include content that might not be suitable for children. “If anything, we’ve left the world of that network mandate of ‘oh, you have to be careful about the constituencies out there,'” said one person involved in an Apple show. The person said Apple’s executives in its hometown of Cupertino, Calif., have stayed out of the creative process. “There is not a scenario in which we’ve taken notes from them. Never,'” the person said.

Now that Apple is becoming its own film studio, it’s in direct competition with other services. And the question is if Apple’s own content will be enough to convince viewers to add on another entertainment subscription. According to data from Reelgood, a streaming app that acts as a guide for finding content, U.S. households on average use 4.2 streaming services. For people who have more than three, Netflix is one of them 96 percent of the time. If a user has only one service, 83 percent of the time it’s Netflix.

“Netflix is kind of the base for streaming viewers,” says David Burhenne-Sanderson, founder of Reelgood. Netflix CEO Reed Hastings said earlier this week that Netflix content would not be part of Apple’s new streaming product, meaning people will need to watch Netflix shows by opening up the Netflix app itself.

Apple so far has inked about 30 deals for content, according to industry-tracking databases, and will be dwarfed by its competitors. Some of its shows are still in early development.

But having a small selection might not be so bad, according to one network media executive involved in streaming television. That’s because customers spend a lot of time browsing while searching for something they want to watch. Reelgood, for instance, says the average U.S. consumer spends 36 minutes flipping across four streaming services every night.

Apple’s content offering is looking more akin to HBO’s than Netflix’s. HBO, which has transitioned from an offering exclusively available on cable to a stand-alone streaming service, is known for producing fewer projects but creating critically acclaimed content and mega hits like “The Sopranos,” “Sex and the City” and “Game of Thrones.”

Apple’s streaming plans, which began in the summer of 2017 with shows available to subscribers of the Apple Music app, got off to a rocky start. Its first show, “Planet of the Apps,” a reality TV show that featured Silicon Valley founders and investors, was panned by critics. Its show “Carpool Karaoke” struck a chord with viewers and earned an Emmy, but it was no “House of Cards,” the 2013 sensation that put Netflix’s original content on the map.

The first drama Apple planned to release starred Dr. Dre and was loosely based on his life. The show, titled “Vital Signs,” featured stars like Ian McShane, but the cast also included some of Dr. Dre’s relatives who played fictional versions of themselves. Dr. Dre has ties to Apple through his music streaming and headphone company Beats, which he sold to Apple in 2014 for $3 billion.

The Dr. Dre show was produced before Apple hired a team of seasoned Hollywood executives to spearhead its film industry efforts. Apple decided to shelve the Dr. Dre show, according to Hollywood executives with knowledge of the show. Apple could still release the show later, these people said, when it would be mixed in with other content and not held up as its flagship production. Apple has never confirmed publicly that it planned to release the Dr. Dre show, and an Apple spokeswoman declined to comment.

After the Apple Music experiment, Apple considered offering free shows if its hardware customers paid the extra fee for AppleCare, which protects them against things like cracked iPhone screens, according to the well-placed Hollywood executive. Then they discussed an offering through Apple TV, the company’s streaming device that connects to televisions. “Whatever they try to sell on Monday, it’s not what they started with and they are trying to figure out what kind of engine to put in while the plane is in the air,” the executive said.

Apple’s Hollywood division, which still has no official public title, is now run by Zack Van Amburg and Jamie Erlicht, who came from Sony and are known for backing hit shows like “Breaking Bad.”

Other than its high security offices in Culver City, Calif., and the focus on secrecy, the Cupertino, Calif.-based company is viewed as just another studio, according to producers, agents and consultants who have worked on projects.

But Apple also has the power of a distributor of entertainment, setting it apart from studios.

Where Apple’s new shows will and won’t appear is one question show creators said they asked Apple during discussions. They said they were met with obfuscation and ambiguous responses, in part because Apple itself may not have made up its mind yet about exactly what its streaming service will look like. An Apple spokeswoman declined to comment on Apple’s plans. It’s unclear how long after Monday’s anticipated announcement of the streaming service it will actually launch.

One streaming executive cautioned that Apple would be wise to launch the service not only on its own devices. That’s in part because Apple TV devices represent only a small fraction of streaming devices connected to televisions. In fact, services such as Netflix, Hulu and Amazon Prime Video are available directly through smart TVs without streaming devices made by companies like Roku and Chromecast.

According to one person briefed on the matter, who also spoke on the condition of anonymity, Apple has even considered distributing its original content outside of its own platform, a sign that the hardware maker is considering a plethora of options as it grows into new businesses.

All this has led to some uncertainty among people creating shows for Apple, who said they’d be watching Monday’s event with interest to find out more details about how their productions would reach audiences. “We don’t know what they are going to do, but they are paying a ton of money,” said the Hollywood executive knowledgeable of Apple’s plans. And while most people in Hollywood are hopeful apple will come up with a strategy that works, there is some resignation to the idea that Apple will have a steep learning curve when it comes to creating compelling content. And maybe that’s ok. “As long as they are paying us, we will take their money,” the executive said.

(Except for the headline, this story has not been edited by NDTV staff and is published from a syndicated feed.) 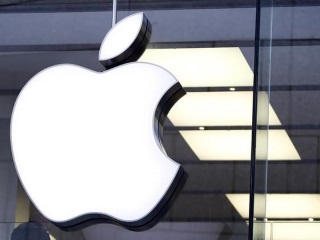 The Best (And Most Important) X-Men Comics Ever