Redmi Go smartphone was launched in India, and its first sale is set to be held today on Flipkart and Mi.com. This is the first phone from Xiaomi that runs on the Android Go operating system, and it was first unveiled in China in January. The Redmi Go packs a 3,000mAh battery, an HD display, a dedicated microSD card slot, and comes with support for over 20 Indian languages. There’s also Google Assistant support in Hindi as well as Hinglish in the Redmi Go smartphone.

The Redmi Go phone will go on sale on Flipkart, Mi.com, and Mi Home stores from 12pm (noon) IST today. We recommend interested buyers should register and fill in address and payment details beforehand.

Redmi Go launch offers include up to Rs. 2,200 Jio cashback and up to 100GB free. Flipkart has also listed no-cost EMI options and extra 5 percent off with Axis Bank Buzz credit card.

The dual-SIM (Nano) Redmi Go runs Android 8.1 Oreo (Go edition) and sports a 5-inch HD (720×1280 pixels) display. It is powered by a quad-core Qualcomm Snapdragon 425 SoC, coupled with 1GB of RAM and the Adreno 308 GPU. Xiaomi has announced a single inbuilt storage variants of the Redmi Go in India – 8GB – and it is expandable via microSD card (up to 128GB) with its own dedicated slot. Users also get unlimited storage on Google Photos in high quality resolution, said to be a first in the segment.

The Redmi Go features an 8-megapixel rear camera with 1.12-micron pixels, an f/2.0 aperture, and a single LED flash module. The company is also touting full-HD video recording, apart from HDR features, real-time filters, and smart scene detection. On the front, the Redmi Go bears a 5-megapixel camera, with 1.12-micron pixels and an f/2.2 aperture. HDR features for the front camera were also touted – said to be a feature that’s new for the entry-level segment. 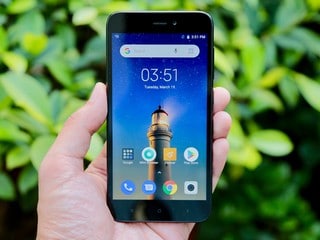 Chandrayaan 2 to Carry NASA Science Probe in April: All You Need to Know