Action platformer Cuphead is coming to the Nintendo Switch. Developer Studio MDHR revealed that the Xbox One and PC exclusive game will grace Nintendo’s hybrid console. The Cuphead Nintendo Switch release date is April 18. In addition to this, Cuphead will get Xbox achievements via the Xbox SDK post-launch. Furthermore, the game will get a physical retail cartridge sometime after all its downloadable content (DLC) is available though there’s no release window on when it can be expected. Studio MDHR also confirmed what the game’s frame rate and resolution is on the Nintendo Switch.

Cuphead on the Nintendo Switch will run at 60fps at 1080p in docked mode. Playing Cuphead in portable mode sees the resolution drop to 720p. The developer also confirmed that it will be playable at PAX East 2019, sport an identical output to the Xbox One, and have a two-player portable mode on a single screen with Joy-Con or a Pro Controller and a Joy-Con.

“We had to do some pretty heavy re-tooling of stuff to get it to run on the Switch properly, but on the plus side, it means that Xbox version now loads a lot faster (on the X, it loads almost twice as fast as before),” the developer said on popular gaming forum ResetEra.

If you enjoy challenging games, you will love Cuphead. It has all the elements of a great shoot ‘em up— fun music, great level design, nice collection of weapons, and a rewarding difficulty curve. Long loading times aside, Cuphead gets pretty much everything right. You can check out our review of the Xbox One version of the game right here. 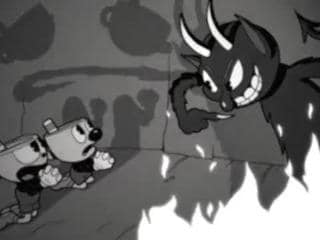