Tencent Holdings reported its sharpest ever quarterly profit decline on Thursday, hit by China’s regulatory review of new games and one-off charges, and warned of slower video game launches due to a prolonged approval process.

China only resumed new gaming approvals in December after a nine-month hiatus partly due to concerns over violent content and gaming addiction.

But it has yet to allow Tencent, Asia’s second-most valuable listed company, to charge users for such hit games as “PlayerUnKnown’s Battlegrounds Mobile” and “Fortnite: Battle Royale”.

“Since there is a sizeable backlog for the banhao (game monetisation license) applications in the industry, our scheduled game releases will initially be slower than in some prior years,” Tencent said in a statement.

Tencent President Martin Lau later told an earnings briefing that gaming sector outlook will improve in light of resumed licensing process and it would further diversify its revenue mix to increase the contribution from non-gaming business.

The suspension in approvals has prevented Tencent from making money out of some of its most popular games, leading to the company losing more than $100 billion in market capitalisation last year.

Net profit for the September-December quarter dropped 32 percent – the biggest decline since Tencent went public in 2004 – to 14.2 billion yuan ($2.1 billion), smaller than the 18.3 billion yuan average estimate, according to Refinitiv data.

The decline was also attributable to one-off charges of 2.1 billion yuan related to Tencent Music Entertainment and other portfolio companies due to a weaker profit outlook and financial market conditions.

Revenue in the quarter rose 28 percent to 84.9 billion yuan, slightly ahead of an average estimate of 83 billion yuan from 19 analysts

The smartphone games business, Tencent’s largest single revenue generator, grew just 12 percent in the fourth quarter from a year earlier to 19 billion yuan, compared to 24 percent for all of 2018.

Online advertising in 2018 grew 44 percent to 58.1 billion yuan, helped by a 55 percent rise in social and other advertising revenue driven by its popular social media platform WeChat and others.

User numbers of WeChat edged up to 1.097 billion.

Shares in Tencent closed down 2 percent at HK$363 before the results, giving it a market value of around $449 billion. It has risen 15.6 percent so far this year, but the stock is still nearly 24 percent below its peak of HK$476.6 reached more than a year ago.

Tencent is faced with challenges from China’s slowing economy, which may weigh on its income from consumers and advertisers, while new competitors such as popular video-sharing app Tik Tok also threaten to take away mobile traffic.

The company recorded net other gains totalling 16.7 billion yuan for the year ended December, down from 20.14 billion yuan in the year before. 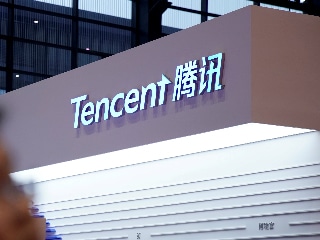