At GDC 2019, Epic Games announced a host of games that would exclusive to the company’s Epic Games Store, forsaking a release on Steam, the de facto PC game storefront for many. These include PS4-exclusive Detroit: Become Human, Ancestors — a new game from Assassin’s Creed creator Patrice Desilets, Oxenfree developer Night School Studio’s next game Afterparty, and Control from Quantum Break and Alan Wake developer Remedy among others. In addition to this the Fortnite maker revealed that Ubisoft’s older games like Ghost Recon Wildlands, Watch Dogs 2, and more would be making it to the Epic Games Store. Furthermore, Ubisoft will be integrating features from Uplay to Epic Game Store so players can share friends lists between the services.

While some of these like Control would be coming to Xbox One and PS4, all of these would be skipping Steam for a year at the very least. Plus, sci-fi role-playing game The Outer Worlds from Obsidian would be on the Epic Games Store in addition to the Microsoft Store for Windows PC.

That’s good news for fans of the franchise, and it appears that the game’s switch to Epic Games Store has been a success. Metro: Exodus is the third instalment in the survival horror series, preceded by Metro: Last Light, and Metro 2033 respectively. 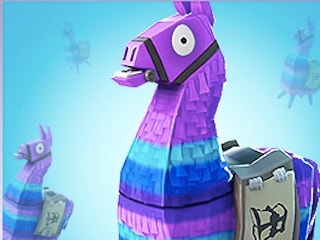 Borderlands 3 Won’t Have Troy Baker Back, No One Seems To Know Why

Nintendo Switch to Get 18 Indie Games This Year