A Russian-US joint interplanetary probe to Venus will be possibly launched in 2027, said a Russian scientist.

“The launch windows in 2026, at the end of 2027, in 2029 and 2031 are being discussed. Even if the financing starts this year, we are missing the first date, so it will most likely be 2027”, Lyudmila Zasova, a researcher at the Space Research Institute under the Russian Academy of Sciences, was quoted as saying in an interview with Sputniknews agency.

The Venera-D space mission, a joint project to land on Venus, involves Russian orbital and landing gear and a small US scientific station.

It is expected to be launched by the Russian Angara-A5 heavy rocket from the Vostochny Cosmodrome in Russia’s Far Eastern Amur Region.

Zasova said that the two countries have already worked out the scientific objectives of the project and are ready to start developing the necessary equipment. The costs will be discussed in Moscow in October.

“As of now, the scientific part of the research has been completed: scientific goals have been formulated, priorities have been set, a concept of the completion of these challenging tasks has been put forward, the architecture of the mission has been assessed,” Zasova said.

“Now we are ready to launch stage ‘A,’ according to the US designation, or the design and testing phase.”

Zasova also noted that Japan and Europe are ready to join the Russian-US joint mission as separate organisations by providing their scientific equipment.

For the orbiter, Japan offers infrared and ultraviolet cameras, Italy — two mapping spectrometers and Germany — a camera for observing the surface on the night side of Venus in the near-infrared spectrum, which is important for finding the possible thermal and volcanic activity, she said.

The mission was first proposed in 2003 by the Russian Academy of Sciences. In 2013, the US became interested in the project and in the same year a joint working group was set up.

But the project was suspended in 2014 and was resumed the next year, with the launch of the probe initially scheduled for 2026. 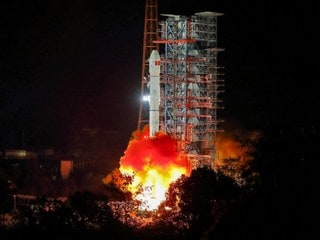 It’s Been Five Years, But Intel’s Most Hotly Anticipated CPU Is Finally Coming