As for the Pixel 3a XL, not much is known about its hardware specifications except the fact that it might pack a bigger 6.0-inch display. As per an alleged Geekbench listing of the Pixel 3a XL, it will be powered by the Snapdragon 710 SoC paired with 6GB of RAM. Both the devices will reportedly come in three colour options that will include Clearly White and Just White. However, it is not known what the third variant will look like. It is also being reported that the Pixel 3a and the Pixel 3a Lite will borrow design elements from the Pixel 3 and the Pixel 3 XL. Both the smartphones are tipped to come with 64GB of internal storage, but it is not known whether it would be expandable. The two smartphones will reportedly have support for 18W fast charging and will have a USB Type-C port. 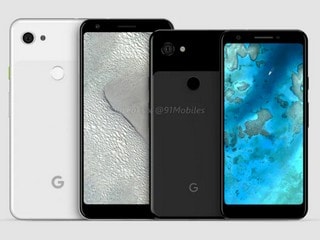