It appears that Google’s game streaming service that’s slated to be announced at GDC 2019 will work with the Xbox controller as well as be deeply integrated with YouTube. In addition to this, there may not be any dedicated streaming hardware. Instead, the Mountain View company would allow users to stream games using existing Chromecasts, PCs, and smartphones among others. As for dedicated game streaming hardware exclusive to Google’s service, there may be a controller that has streaming functionalities though it’s unclear how this would work. The source of this report is Kotaku’s Jason Schreier who has a pretty good track record on what to expect.

“We’ve heard a variety of possibilities surrounding that, including ads that allow you to buy games directly, and, far more interesting, a feature that can tell where you are in a game and automatically load up the correct spot in a YouTube walkthrough if you want help,” he wrote of YouTube’s role in Google’s game streaming service.

“The rumours we’re hearing suggest that this streaming platform will be Google’s focus tomorrow, and that Google wants it to be playable on any hardware: PCs, Macs, phones, TVs, and so on,” his post reads. “Buzz we’ve heard is that you’ll be able to play on a computer or Chromecast using a regular Xbox controller, and that Google will also unveil its own controller that has some sort of streaming capabilities. (We’re not sure how the controller will work, but it may allow you to use Google’s streaming platform on a television even if you don’t have any other hardware hooked up.)”

A patent filed for a game controller by Google reveals what we could expect alongside its anticipated gaming service and console. The design is nothing out of the ordinary sporting dual analog sticks, four buttons and a d-pad along with two shoulder buttons and two triggers. What is interesting however, is the presence of a Google Assistant button which could be used for voice communication. Hopefully we won’t have to wait too long to find out. 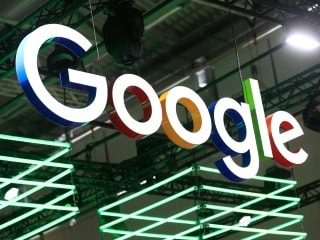